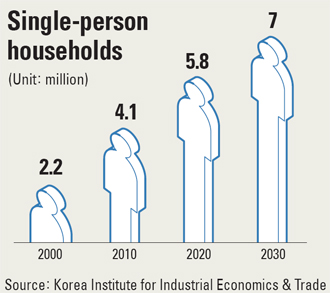 “Social dining” is a new trend that combines the networking of social media and the fun of sharing a good meal with people. It is already established in the United States and Europe, but the idea is a little unusual for Korea, where connections usually stem from school and family.

Now, however, social dining is catching on in Korea, too. One of the first and most popular social dining groups is called “Zipbob,” which is a Korean word meaning “homemade meal.” Korea’s version of social dining has more of a professional edge, but like its Western counterparts, the key idea is socializing and dining with people you don’t know.

In Zipbob, users create profiles and chat online, finding people who share similar interests; then, once you’ve found a group you like, you can organize dining experiences.

“The social diners are mostly people in their 30s with a job,” said Park In, a Zipbob official. “And the number of people taking part in social dining has been increasing dramatically.”

Loneliness is one major reason for the rising interest, says Park. The number of people living alone in Korea has risen significantly over in recent years, climbing from 2.2 million in 2000 to 4.1 million in 2010, according to the Korea Institute for Industrial Economics and Trade.

Professor Kwak Keum-joo, a professor of psychology at Seoul National University, said, notes that social dining is a progression of modern technology.

“Communication has developed a lot, thanks to the advent of social media, such as Twitter and Facebook,” said Kwak. “In the past, people were satisfied only with meeting people online, but as people continue using social media, they often want to move their online communications offline, and eating together is a natural part of that evolution.”

Kwak added that this new phenomenon could be seen as a positive sign of the development of communications and social media in Korea.

However, she also warned about the dangers of social dining. “It is good to have some new experiences, but one should not get addicted to it or rely too heavily on it,” she said.