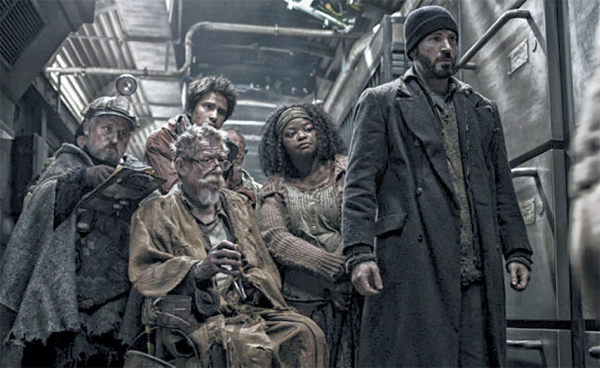 With the opening of director Bong Joon-ho’s “Snowpiercer” on July 31, the three most highly anticipated Korean-Hollywood crossover films of 2013 have all been released - “The Last Stand”, “Stoker” and “Snowpiercer.” But the results for each have been so varied, it is difficult to say for sure whether this will ultimately be good for the Korean movie industry.

Bong, Kim Jee-woon (who directed “Last Stand”) and Park Chan-wook (“Stoker”) are largely considered the three biggest directors in Korean cinema and have been highly sought after by Hollywood for years.

Kim and Park went first, with very different English-language features, but neither impressed at the box office. “The Last Stand,” a high-energy action film starring Arnold Schwarzenegger, cost $45 million to make, but made just $12 million in the United States and $37.2 million globally.

“Stoker,” a more esoteric thriller, cost $12 million to make, but earned $1.7 million in the United States and $9.4 million worldwide.

Neither film did so well with the critics either. Online review aggregator Rottentomatoes, scored “Last Stand” as 60 percent “fresh” (meaning positive reviews), and “Stoker” as 68 percent. Both directors scored far better with their Korean-language films in the past. Kim’s last three movies averaged 83 percent fresh, while Park’s seven movies had 77 percent.

But those numbers do not really convey how well the directors were able to adapt to Hollywood and project their “style.” “Some people were questioning whether Park Chan-wook could get his style through,” said Jason Bechervaise, a British film critic who mainly deals with Korean films. “I think he achieved that. ‘Stoker’ felt like a Park Chan-wook movie.”

“The Last Stand,” however, being a Schwarzenegger action film, had less room for its director to flex his muscles, although, Bechervaise says, “there were some moments in the film that felt like Kim Ji-yoon, especially in some of the visual style.”

But for both those films, Kim and Park were joining Hollywood films already in development, and neither worked on the scripts. Bong, on the other hand, developed “Snowpiercer” from the beginning, adapting and co-writing the script from the French graphic novel “Le Transperceneige.”

Starring a slew of big Hollywood names, “Snowpiercer” will not open on international screens for several months, but already it has started strong in Korea, pulling in more than 417,000 admissions on its first day.