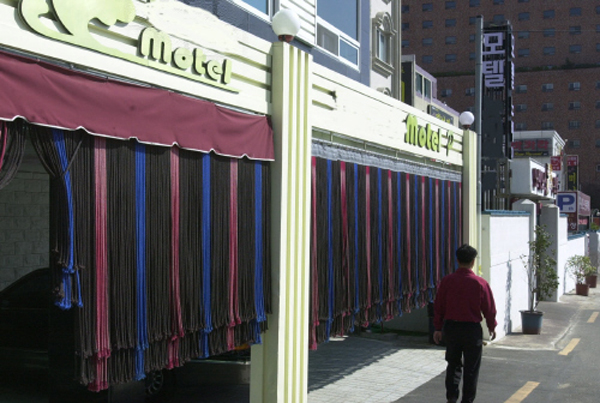 The entrances of motel parking garages are covered for privacy. [JoongAng Ilbo]

How often are you asked about your age or marital status by Koreans? You probably already know that they only ask these personal facts to figure out who has to give proper respect to whom. But from a Western point of view, these questions can seem very personal and nosy. Similarly, Koreans often think nothing of making very blunt observations. It’s nice to hear that it looks like you’ve lost weight, but Koreans also aren’t shy about telling you the opposite.

This inability to control their curiosity has been taken to new extremes online, where Korea’s netizens can scour the Internet like a CSI team on a murder investigation. In fact, they are sometimes jokingly called NCIS, or “Netizen Crime Scene Investigation,” for their ability to delve into any case and, based on the tiniest amounts of information, dig up all the details.

As much as netizens don’t mind poking into others’ private lives, they are, unsurprisingly, not so happy when they become the target. Koreans may be very inquisitive in general, especially of others, but when it comes to themselves they like to keep things private. If this is news to you, have a sneak peek at some aspects of Korea’s secretive culture. 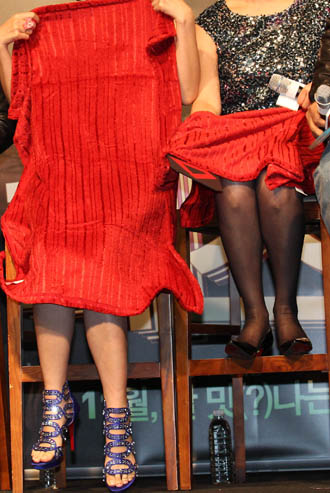 Many Korean girls carrying a blanket to cover up their bare legs when wearing miniskirts. [JoongAng Ilbo]

For whom the bell tolls: ‘Etiquette bells’

Public bathrooms in Korea are becoming more and more advanced, with ever more conveniences and amenities. Some modern restrooms can be equipped with bidets, heated seats, diaper changing stations, disposable hygienic toilet covers and a whole lot more.

Now, many guys may not be aware of this, but there’s one more unique thing found only in women’s toilets: a bell. It’s not a doorbell to see if a stall is occupied or an emergency bell you press to call for help. The official name is an “etiquette bell,” and it is all about ensuring privacy in the restroom.

When a woman presses this button, it makes a flushing sound to mask whatever noises she might be making as she does her business.

The etiquette bell was introduced to Korea from Japan around 1995 and the point of it is to save water. In the past, shy women would continually flush, using the toilet noise to drown out her personal noises.

When pressed, the etiquette bell makes a flushing sound, but doesn’t actually flush, so your privacy is protected and water is not wasted.

In the beginning, the buttons produced other sounds, like birds chirping or a waterfall. But the flushing sound quickly replaced all the others because many visitors were reluctant to use the “strange” sounds, especially since the noise made it rather clear what it was you were covering up.

The etiquette bell is available as a smart phone application as well, of course, so the well-mannered might as well try it out.

Miniskirt and a blanket

Female K-pop singers are famous for showing off their perfect, long legs in their music videos. In our relatively conservative society, showing cleavage is still often regarded as vulgar, but miniskirts of any length are acceptable. There’s even the term “bottoms-missing style” for a girl wearing a long top over very short shorts so it looks like she is wearing no pants at all.

Not only girl groups, but also ordinary young women favor hot pants or miniskirts as their everyday outfits all year round, regardless of the weather. They don’t mind the harsh winter cold on their winter tights or leggings, paired with their child-size skirt. But severe coldness is not the only enemy of miniskirts.

When walking up the stairs or taking an escalator, those wearing micro-miniskirts will place their hand or purse behind them to cover the back of the skirt and avoid the unwanted but unavoidable exposure. Fashion comes first before inconvenience.

So what about the blanket that many Korean girls carry, even on the hottest days? It’s in case they have to sit in a revealing way, such as on the subway, or chairless on the floor, Korean-style. No matter how flexible or acrobatic they may be, it is impossible to fold their legs without revealing themselves if the skirt barely covers thighs when standing. The solution? A knee blanket.

Gorgeous actresses always want to look stunning and radiant on the red carpet or at a movie premier. But even starlets have been known to cover themselves with a blanket if they have to sit down at a major event. A female reporter who appeared on TV with a blanket on her lap to cover her legs became the talk of the town, praised by netizens for her witty decision. The ultimate fashionistas in Korea is always sure to carry a blanket in her oversized bag when wearing a microminiskirt. 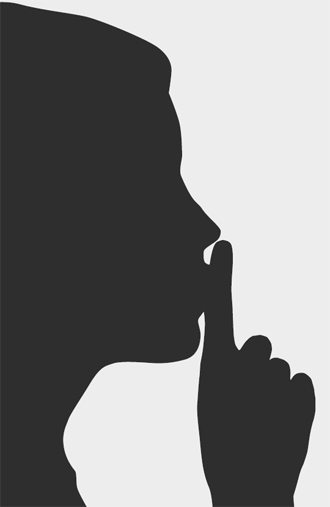 The invisible customer is king

Motels in Korea tend to be reasonably priced and well maintained. They are nicknamed “love motels” in the expat community, after the Japanese term and because many are designed for couples in relationships outside of marriage. But that doesn’t necessarily mean all of their guests are engaging in affairs. In Korean society, living together before marriage is still pretty uncommon and it is natural for children to live with their parents even after they become adults, right up until they tie the knot. Motels are perfect for couples who want some privacy, away from prying eyes.

In addition to fancy amenities, like California kingsize beds, flat screen TVs and Jacuzzi tubs, many of these motels provide a full range of services, sometimes even better than 3- or 4-star hotels. With such all-in-one convenience and luxury, the most distinctive service they offer is privacy.

In stark contrast to the brilliant neon lights on the facade, motel guests usually don’t want to be spotted by others. To cater to their customers’ desire to keep a low profile, large, fringed drapes are drawn at the entrance of the parking lot so that the license plate of guest cars and their occupants cannot be seen from the outside. Guests can then check in at the front desk knowing their anonymity is fully protected. Some places are even run on an unmanned systems, so guests never have to show their faces to receive and drop off their room keys.

This phenomenon might be rooted in the characteristic of self-consciousness of Koreans. As a nation and a culture, they want to be recognized proudly, but as individuals they like to keep themselves to themselves, not standing out from the herd or drawing unwanted attention. Miniskirts and bags. Motels and curtains. Etiquette bells and what we all do in the bathroom. There are still so many things to unlock, hidden in the closets of Korea.