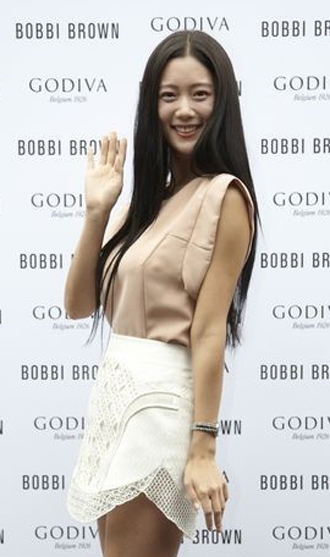 Actress Clara Lee, feeling burned by one too many online scandals, is quitting the Internet.

“I have left too many of my thoughts in writing so far,” she wrote on her Facebook page yesterday.

“I’m going to stop writing and focus more on studying acting. I’m sincerely sorry if I made anyone uncomfortable, and I’m also very thankful for people who have supported me.”

Lee has recently drawn heavy ire on the Internet over contradictory comments she has given in interviews. Most recently, she was caught seeming to say on one TV program that she likes chicken and beer, then on another saying she does not like them.

In response to online criticism, on Tuesday she tried explaining herself, but her post just added fuel to the fire.

“If I were to say I like chicken and beer just because I like the atmosphere you get when hanging out with friends, does that count as a lie?” she wrote on her Facebook page.

Clara’s Facebook page was erased yesterday and soon replaced by a message saying that in the future the page will be maintained by Clara’s management company.