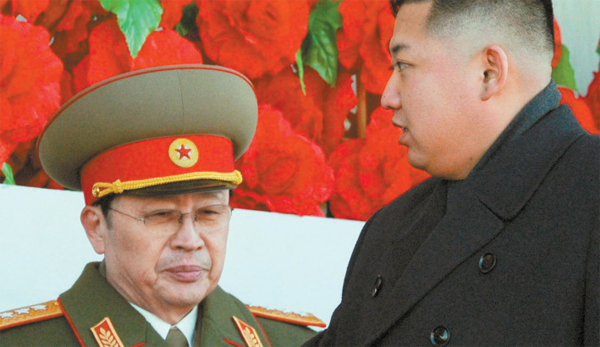 BEIJING - The Rason Special Economic Zone, which was headed by Jang Song-thaek, the once-powerful uncle of North Korean leader Kim Jong-un, has been left as a ghost town after Jang’s purge, and several North Korean officials who worked in the zone are under questioning, a source in China said.

“On Nov. 3 to 4, I visited the Rason economic district,” the source exclusively told the JoongAng Ilbo, “but I couldn’t meet with the two main officials in charge of the zone’s development because they were both sent to Pyongyang.

“The two officials were in the inner circle of Jang Song-thaek and they were in charge of developing economic zones of North Korea,” the source said.

The Rason Special Economic Zone is one of the most ambitious attempts by North Korea at limited economic reforms. The district has been developed since Jang visited China in August 2012.

In August 2012, North Korea and China’s Jirin provincial government launched a DPRK-China Rajin-Sonbong management committee for full-fledged development of the zone, according to the source. The Jirin government dispatched about 50 Chinese officials, while Pyongyang sent about 30 to the committee.

With the purge of Jang, most of the Chinese officials have left the zone, and the North Korean officials are scheduled to return to Pyongyang soon. All activities at three piers in Rason’s port have stopped with the downfall of Jang. The first pier, run by a Dalian-based Chinese company, suspended its transportation of coal, and the construction of a second pier has been halted. The construction of a third pier by a Russian builder was also suspended.

“But most Chinese businessmen did not trust North Korea’s polices, and the Chinese government did not offer guarantees on investment in the district so, in fact, there wasn’t much progress.

“Despite the fact that development was slow, Jang’s aides invited some girls to the district and held a big soiree at a floating restaurant, which could be one of the reasons for Jang’s purge,” the source said.

South Korean Defense Minister Kim Kwan-jin told lawmakers at a hearing yesterday that there were no worrying moves by the North Korean military following the purge of Jang, the second most powerful figure in North Korean politics.

Cheong Seong-chang, a senior fellow at the Sejong Institute, said the charges against two of Jang’s aides who were allegedly executed, Ri Ryong-ha and Jang Su-gil, were “abuse of power,” “factional activities” and “resistance to the party’s control,” citing his own sources.

“Ri Ryong-ha and Jang Su-gil were [reportedly] criticized because they attempted to control the ruling party and the cabinet through the power of Jang Song-thaek,” Cheong wrote in a column distributed to the media yesterday. “They were also criticized for being involved in economic polices and military affairs.”

Any investigation into the two aides’ “anti-party activities” would have been led by Kim Won-hong, Minister of State Security, and the officials of the Organization and Guidance Department, Cheong claimed, given the fact that they were senior party officials.

With the downfall of the powerful Jang, attention is now focused on the third most powerful figure in the country, Choe Ryong-hae, director of the General Political Bureau of the North Korean People’s Army, which is one of the three powerful organizations in the North Korean military.

“If the aunt, Kim Kyong-hui, dies in coming years, Choe Ryong-hae will become the No. 2 in North Korea,” Ko Yong-hwan, a defector-turned-analyst at the Institute for National Security Strategy under South Korea’s National Intelligence Service, said at a seminar yesterday. Ko was once a senior diplomat in North Korea.

“A lot of senior party officials, administrative authorities, generals at security organizations, senior prosecutors and officials in charge of foreign investment all face the possibility of execution, but they will never just sit and wait to be killed,” Ko said.

“2014 will become the year of chaos and unrest for North Korea.”