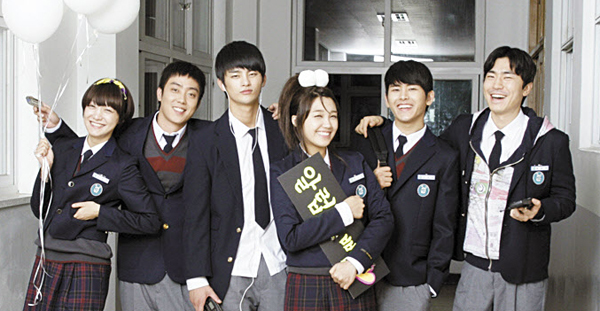 Cast members from “Respond 1997” on cable channel tvN will reunite to act in its sister drama, “Respond 1994.”

Singer and actor Seo In-guk and singer Jung Eun-ji of the girl group A Pink, who both acted in “Respond 1997,” will make cameo appearances in episodes of “Respond 1994.” The actor and the actress will wear the same school uniform and will keep the character names they had in the older drama.

Other cast members such as Hoya of the boy group Infinite and actress Shin So-yool will also appear. The scenes with characters from the previous drama, which aired last year, will be broadcast this Friday and Saturday.