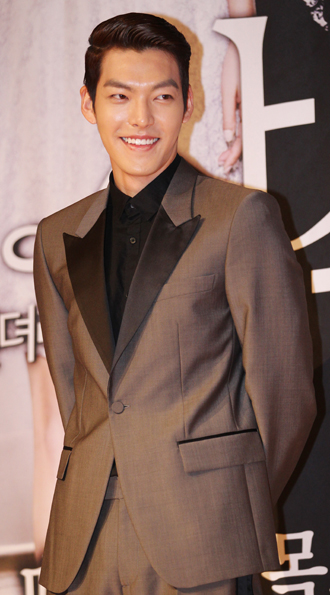 Actor Kim Woo-bin has been recognized as a rising star in the advertising industry, with his salary for a single commercial more than doubling.

The star has steadily gained popularity following his recent role in the SBS drama “The Inheritors,” along with actor Lee Min-ho and actress Park Shin-hye.

In the show, he played Choi Young-do, the spoiled son of a wealthy Korean family who own a luxury hotel. Frustrated that his love interest, Cha Eun-sang (Park), does not return his affections, he resorts to playing pranks on the girl.

But, toward the end of the drama, Young-do begins to show some warmth, protecting Eun-sang by acting as her guardian.

An official at the young actor’s agency said that six companies have asked to use him in their modeling campaigns.

According to Ilgan Sports, an affiliate of the Korea JoongAng Daily, Kim already works as a model for seven major companies.

An official in the industry said that because Kim played a rich hotel heir on television, it has boosted his preppy image, making him suitable for commercials advertising trendy fashion labels.