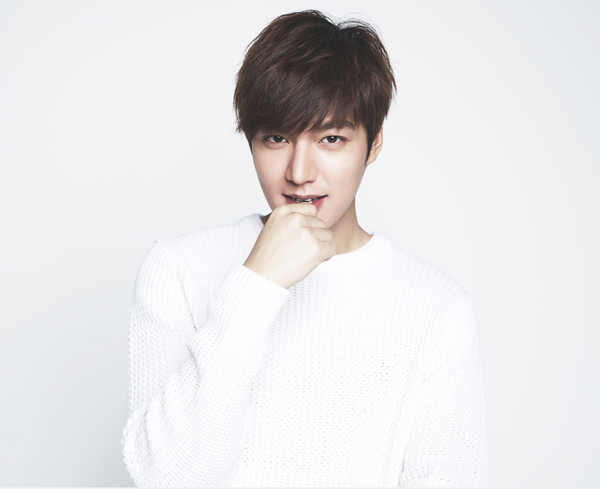 Instead of trying to change his image, Lee took a very similar role in SBS’s recently finished “The Inheritors,” again playing a young, rich jerk, but giving the new character a very different feel.

Lee recently sat down with Ilgan Sports, an affiliate with the Korea JoongAng Daily, to share how he felt about the drama.

Q. How do you feel about the drama now that it has ended?

A. I was stressed too much but very happy throughout the filming. I’m delighted that no major accidents happened. It may sound tacky, but I felt that things could have not been better.

What was it like working with other young stars?

I thought I probably couldn’t play any role that requires me to wear a school uniform any more. Everyone, including Park Shin-hye and Kim Woo-bin, did so well. I also felt sorry for them and was surprised that they were so busy with other work [advertisements and other promotions] while filming the drama. At least I was free before I did “Boys Over Flowers,” but they seem to have very busy lives for people so young.

Although she is young, she has built a long career in acting. I was originally bad about talking honestly with my counterparts when acting. I usually act as I feel like doing, and I was so thankful that Park’s character was so well received. She is the first woman I’ve acted with who is younger than I am.

Did you have any secret for differentiating your character from the one you had in “Boys”?

I thought I wouldn’t care much about “Boys” from the beginning. Back then, I thought that I needed to hold a pair of chopsticks a certain way because I was the son of a rich family or I needed to look down on people. But this time I decided just to be natural. It is true that I was worried because the two characters have many similarities, but then I started to build a character that is more realistic.

Why did you take such a similar role?

Many have asked me that question. I thought I would never be able to look like that again. When between 26 and 27, you can show a boyish or man-like character. I thought it might be better for me to appeal that younger side while I still have it.

Why did you choose “Gangnam Blues” as your next work?

I want people to see that I can play very different characters. Before, I tried to avoid doing movies as they are riskier and I was not sure if I could do it well. But I wanted to play a more manly character and director Yoo Ha makes actors stand out in his works.