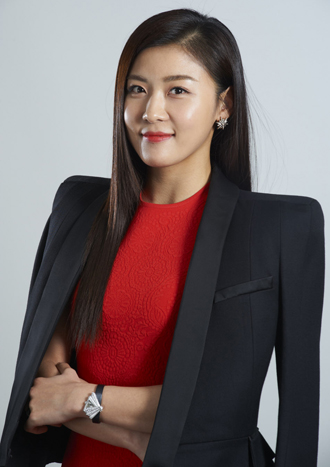 Ha Ji-won has a reputation for being an actress willing to tackle any hardship.

She has proved as much yet again on the MBC drama “Empress Ki,” doing many of her own stunts, riding horseback for as long as 12 hours a day and braving icy waters in subzero weather.

So far, that dedication is paying off, with the story of a Korean princess who marries a Mongolian emperor in the 14th century easily winning its time slot.

At a press conference on Monday in Ilsan, Gyeonggi, Ha said that the audience’s appreciation of the series gives her the energy to keep filming, no matter how sleep deprived she is.

Q. Why do you think “Empress Ki” is doing so well?

A. The story of “Empress Ki” has never been made into a drama before, so it is very fresh.

Some worry that the drama has distorted true history. What do you think about the controversy?

Wang Yu [played by Joo Jin-mo] is a fictional character, and Empress Ki having a child with Wang is also imaginary. I believe that there is a reason why those scenes were essential to the drama, and those parts of the story will unfold more dramatically in the coming days. Because of the characteristics of dramas, some things are set up to bring out more dramatic fun.

How is it doing the action scenes?

Action scenes are hardly a problem anymore. The most difficult scene for me was filming the scene in which I give birth to a child in a cave. I almost fainted. I had to go into some icy water to film the scene, and I felt like I was freezing solid as I went numb. I had to show my utmost emotions while in water that was covered with 10 centimeters [4 inches] of ice.

When I got out of the icy water after the filming, the crew was massaging me, but I had to ask them to stop because my body felt like it was going to break. After that scene, I was in such a bad condition that I even got a little delirious. But I needed to get myself together to show the charisma of my character. 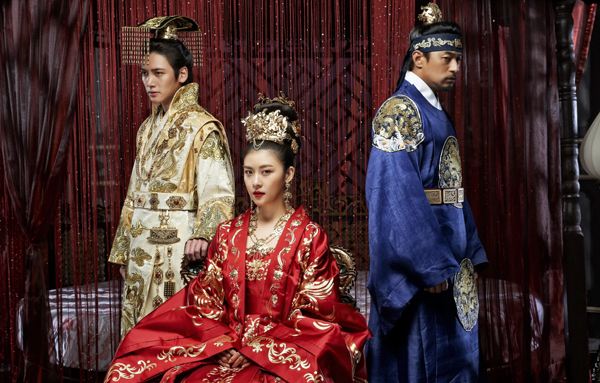 In this drama you are loved by two men. Did that make you nervous?

Of course. I was [nervous] when I was filming a kissing scene. I had butter-flies in my stomach when I was kissing Ta Hwan [the Mongolian ruler, played by Ji Chang-wook] in waters covered with flower petals. I also had a similar feeling when Wang Yu hugged me.

How did you feel winning the 2013 MBC Drama Awards grand prize?

I felt burdened, but I was happy [to get the award] because the other actors and crew all worked so hard.

What is the best way to enjoy the rest of the drama?

The second half of the drama is starting now, so the story of the Yuan Dynasty will get more specific and we will show more historical details. As more romances and political connections unfold faster, the drama will get more interesting.