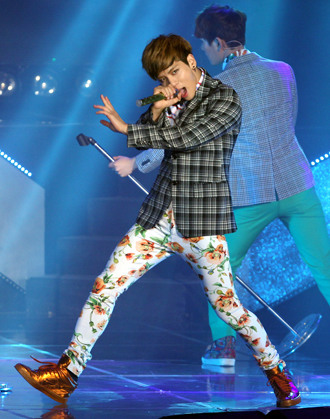 Kim Jong-hyun, of the boy band SHINee, is the new DJ for the MBC radio program “Blue Night.”

The idol star is replacing the current DJ, singer Ahn Jung-yeop of Brown Eyed Soul, because Ahn is scheduled to step down from the program next month.

“My last program will be on Feb. 2,” Ahn said during Wednesday’s show.

“I thought for six or seven months that I should stay until the next regular reshuffle, but I decided to step down to focus on developing my own music.”

Ahn has been with “Blue Night” for more than three years, since being chosen to host the program in 2010.

Broadcaster MBC yesterday heaped praise upon its new host. “We’ve been eyeing Jong-hyun because he is very dedicated to music-related activities,” said an official at MBC. “He has great passion for music, so we expect him to do well.”