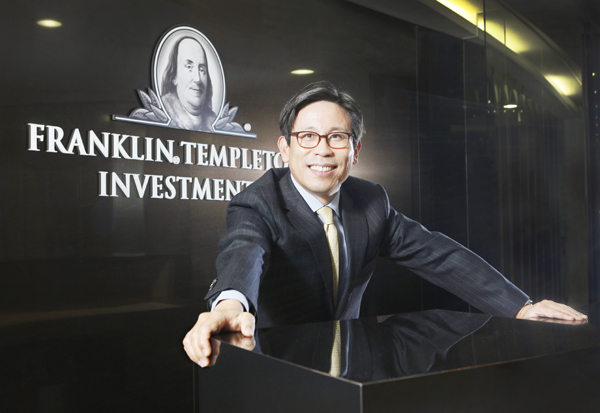 Jeon Yong-bae, president and CEO of Franklin Templeton Investment Trust Management Korea, says Korean financial institutions need to be braver and be aggressive in mergers and acquisitions if they want to grow.

Franklin Templeton, the first foreign asset management company established in Korea in 2000, is an example of how to grow through M&As, which Korean companies can learn from.

“Rather than trying to discover the secrets of globally successful companies, take them over and own the secrets,” Jeon said in a recent interview with the Korea JoongAng Daily.

This was the path of U.S.-based Franklin Templeton Investments, which is now managing about $882 billion in 35 countries across the globe. The merger between Franklin Resources and Templeton in 1992 was the largest ever acquisition deal in the global financial markets at that time. After 13 large M&A deals, the company is still looking for new opportunities in emerging markets.

Jeon, who is in his 30th year in the financial industry, has developed his career along with growth of the Korean financial market. An English literature major who got into finance originally because of his love of English, is now deeply in love with stocks.

“I think stocks are the fruits of economic growth,” Jeon said. “Investing in stocks is a good way to expand assets. To make good investments, you need to study thoroughly. Most people want low risks and high returns, but that’s impossible. You should well know the risks you are taking, otherwise one shouldn’t expect high returns.”

His investment philosophy prioritizes deep knowledge of risks, patience and “invincible will.” His favorite quote from Warren Buffett is “the principle of maximum pessimism.”

“To make profits, invest in companies that are currently in the most difficult situations,” he said. “Don’t ask what will be the most profitable share this year. Ask what performed worst last year.”

Although he seems like a risk-taker, Jeon is careful and thorough. This is what he likes about Franklin Templeton where he developed his career over the past 13 years.

“When other fund managers promoted high returns of once-booming emerging market funds, we have come along our own way as we recommended our clients invest in more stable and diversified global funds,” Jeon said. 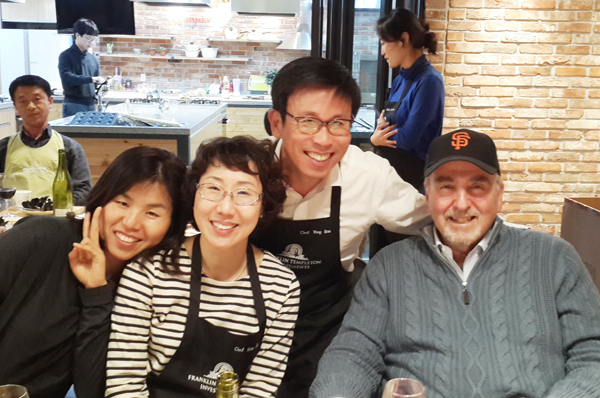 Jeon and his staff enjoy a company cook-out in November.Provided by the company

Q. What is your idea of creative finance?

A. The main point of the Park Geun-hye government’s creative economy initiative, in my opinion, is to create jobs by bringing about new things. At the same time, the government is also emphasizing deregulation. Currently, the financial industry, whose reputation is almost in tatters due to a series of financial frauds, is faced with two big tasks under the Park government: To create jobs and lift regulations. I think the financial sector needs to focus more on job creation than deregulation if the government really wants to establish its creative economy.

The kind of creative job I can suggest for the Korean financial sector is independent financial adviser (IFA). IFAs refer to individuals who can provide advice for consumers to make better decisions on their investments, helping them increase their assets. Retired financial experts are appropriate for this job. In advanced countries, including the U.S., operations of IFAs have widely taken root and consumers are used to paying fees for such services. It has been more than three years since the government started considering the introduction of IFAs in Korea, and it is currently at the end of a long list of policy agendas. Operations of IFAs in Korea can help vitalize the market, given that they can encourage consumers who are hesitant to make investment during an economic downturn, inducing money to flow into various parts of the market. Financial institutions are pushing the government to make it happen this year, but it seems there is a long way to go.

Some are worried that introduction of IFAs would increase the number of financial frauds and should be strictly controlled by requiring certain kinds of licenses. I think this is not a desirable way to think for a creative economy. To be creative, the government should let people be free. Rather than lifting regulations, we need to focus on creating such new things.

Deregulation is, however, a serious issue in the financial industry as foreign financial institutions complain of too many regulations in the Korean market. What are some unique regulations that exist in Korea?

One of impressions that the U.S. headquarters of Franklin Templeton has about Korea is that it has too many regulations. Indeed, there are many hurdles for foreign-type investments and asset managers operating here, even though regulations are gradually being removed. One of them is that the country strictly regulates importing overseas fund products that might help domestic investors make profits if allowed. For example, even though we have a profitable fund in Hong Kong, Singapore or Australia, we can’t bring it to Korea due to regulatory conditions. Korean investors, let say those who are in the middle class, are similar to people in other countries, and they prefer similar funds, but they cannot make investments into the same funds due to such regulations.

The government is considering introduction of a fund passport system that allows foreign funds, but there are too many things to improve before it’s introduced. Another unique regulation is that Korea doesn’t allow foreign funds to be denominated in the Korean won. In other countries, once imported, foreign funds can be denominated in local currencies. Such rules in Korea are so different from other countries. Such regulations affect profits of foreign financial institutions here, of course.

Left: Jeon addresses major clients at a seminar on global bond funds at the Coex Inter-Continental Hotel in Samseong-dong, southern Seoul in May.Middle: Jeon poses with employees after a kimchi-making event held by the Korea Financial Investment Association in Yeouido in December. Right: Jeon makes kimchi with employees at the event. Provided by the company

What should Korean financial institutions learn from their foreign counterparts?

Korean financial entities can take a lesson from Franklin Templeton’s growth history. Until the mid 1990s, I worked for Ssangyong Investment & Securities’ branch in London, which was a Korean partner of Franklin Templeton at the time. A notable thing was that all senior managers who worked for the London branch were Korean, which means the company used a wrong tactic in terms of localization. These days, many world-class conglomerates like Samsung Electronics are localizing very well in many parts of the world. About 90 percent of the staff of overseas branches of the nation’s No. 1 company is filled with locals, not Koreans. Franklin Templeton in Korea, as you can see, is fully comprised of Korean staff members.

Another thing is to do mergers and acquisitions aggressively. One of the factors that made Franklin Templeton successful was M&As. In 1992, Franklin Resources founded by Rupert Johnson acquired Templeton, the world’s first global mutual fund manager created by Sir John Templeton in 1954.

The company name became Franklin Templeton. It was the biggest acquisition in the financial history of the world. Since then, 13 M&As took place until recently. During the M&A process, Franklin Templeton’s rule was to preserve the original values and characters of the acquired companies. We keep their strengths and share ours with them to create synergy effects.

My recommendation for Korean financial institutions that seek growth is to be brave and use M&A more aggressively. When they want to grow in another country, rather than staring from scratch, find an experienced local business and take it over. That might be more efficient and successful. Rather than trying to study foreign companies’ growth secrets, just own them and take the secrets.

How do you forecast growth of the Korean asset management market?

Korean investors used to focus on the domestic market alone. But after the collapse of Lehman Brothers, they are now slowly looking for overseas investments. In this sense, foreign asset management firms like Franklin Templeton can play a big role in leading the market’s expansion.

The Korean market accounts for a mere 2 percent of the global market. Investing 100 percent in such a small market is not meaningful for investors who dream of greater profits. Korean investors should go abroad and have 30 or 40 percent of their assets invested in other countries. 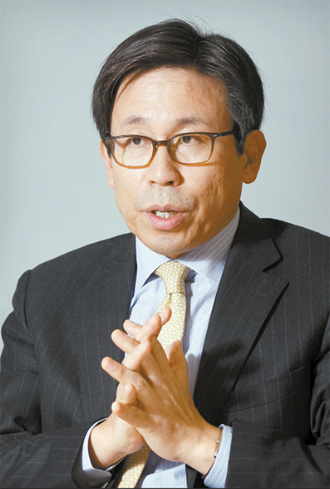