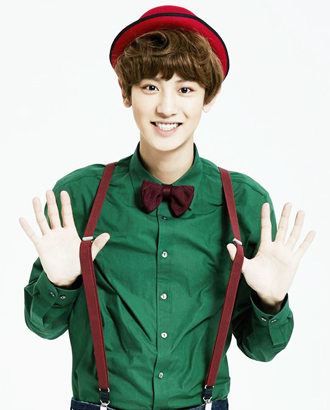 “Roommate” is part of the SBS Sunday entertainment lineup, and even before the show’s launch it has gained much attention from the public.

The teaser video featured Chan-yeol mingling with his roommates. Some parts also showed Exo’s apartment, which is to be revealed for the first time on television.

Each member of the show has been paired up with another member by the production team, which is expected to create extra drama.

Chan-yeol, 21, will share his room with 46-year-old rocker and actor Shin Sung-woo, a famous heartthrob from the 1990s Korean pop scene.

Last month, Shin tweeted a photo of himself with Chan-yeol and said, “I’m having so much fun here with such great people, my roommates.”

Aside from Chan-yeol and Shin, K-pop stars like Park Bom of 2NE1 and Nana of Afterschool have joined the team.

The first episode, which was delayed by the Sewol tragedy, will air on Sunday at 4:20 p.m.