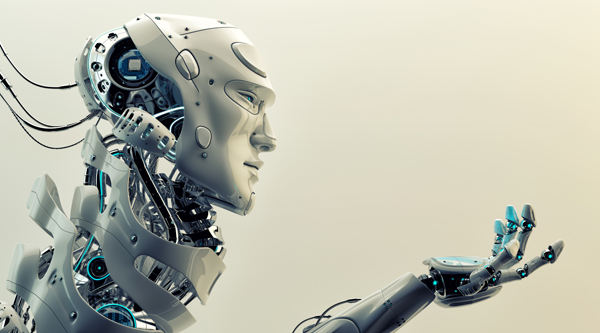 Theodore, a lonely recently divorced writer who composes letters for other people, purchases a voice operating system with artificial intelligence designed to adapt and evolve.

He decides the OS will have a female voice and she names herself Samantha. Theodore talks to Samantha night and day, travels with her, goes on double dates and even has a voice sexual encounter as she grows psychologically.

The two bond quickly over discussions about relationships and life and eventually fall in love, until the operating systems evolve beyond their human companions and leave to continue exploring their existence on their own.

Although this is a plot summary for the film “Her,” the artificial intelligence in the movie is not completely out of touch with reality.

Demand for artificial intelligence and robots that freely converse with humans and have human-like emotions is growing, industry experts say.

“As was the case of increased demand for people to work in factories and decreased demand for menial physical labor during the industrial revolution when the steam engine was invented, the spread of artificial intelligence could have a large impact on current industries,” says Seong Nak-hwan, a senior research fellow at LG Economic Research Institute.

“Jobs such as specialists that require in-depth knowledge of specific areas - call centers, for example, where the main task involves simple questions and answers and real-time monitoring agents - could be replaced by intelligent robots.”

In much the same way that smartphones revolutionized the way we live, experts say, an artificial intelligence revolution is coming.

IT companies jump into robotics

Will these artificial intelligence (AI) robots become a driver for future growth? Global IT companies have jumped into the development of AI robots and the acquisition of robot companies, hoping for synergies between their IT know-how and robotics.

Softbank poured 1.6 billion won ($1.58 million) into the robotics business after launching Asratec in July 2013, and of the 21 companies acquired by Google last year, eight were robotics companies. One of them was Boston Dynamics, which produces robots that manifest human movement rather than simple task-based robots for manufacturing or the military.

On June 5, Japanese telecommunications and Internet corporation Softbank released Pepper, a humanoid robot co-developed with the French company Aldebaran Robotics that can interpret emotions and talk with people.

At its introduction, Pepper received a small plastic heart from Softbank CEO Mesayoshi Son and placed it on the LED plate on his chest.

At the Softbank press conference in Japan, Pepper gave the CEO’s smile a score of 75, saying it looks subtle. As Son smiled broadly, the intelligence robot said, “Now you are smiling with all your heart.”

Pepper is equipped with facial-recognition technology and a number of cameras, audio recorders and sensors. That technology allows the robot to learn how to behave over time, instead of being programmed for specific tasks, Softbank said.

What is more groundbreaking is the robot’s ability to study emotions it learns by sending them to a Cloud service and sharing them with other Peppers.

Pepper is expected to go on sale in Japan in February and cost about 2 billion won ($1.98 million).

About the time the movie “Her” was released last year in the United States, IBM acquired the start-up Cognea, which develops virtual personal assistant software. Industry observers say IBM will likely use the software in its own artificial intelligence supercomputer, Watson.

The test gives a passing grade when more than 30 percent of judges mistake artificial intelligence for a human during a five-minute chat on a random topic.

Eugene Goostman, disguised as a 13-year-old Ukrainian boy, turned aside difficult questions skillfully and 33 percent of the judges said Eugene was a human, not a computer.

Why do ICT companies jump into robot development?

The commercial value and potential market for AI robots is huge, say industry experts. The technology can be utilized in a variety of fields, including home electronics, cars, disaster response, military, medicine, and as personal assistants to the elderly and disabled. 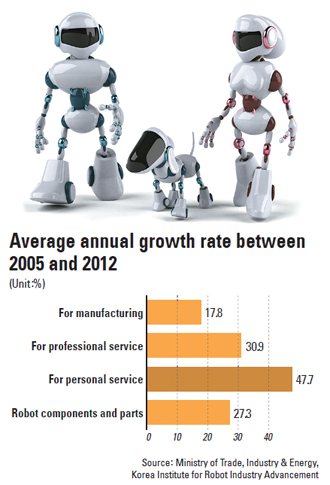 “Simply put, IT companies manufacture useful products for people and the development of robots means they will be able to innovate their products, most commonly home electronics,” says Kim Mun-sang of the Human Robot Research Center at Korea Institute of Science and Technology (KIST). “It is a huge market for IT companies such as Google. Robots such as robot vacuum cleaners will become smarter and so will other products that will be used in homes.”

In particular, Google is researching and developing the driverless car based on artificial intelligence by analyzing information gathered by cameras, sensors, GPS devices and other hardware.

“Should Google develop such artificial intelligence robot technologies, it will be able to expand its business into the automotive market and even dominate it,” says Kim.

According to the International Federation of Robotics, demand for service robots has surged dramatically since 2003.

Service robots accounted for 40 percent of the robotics market in 2010.

These service robot technologies can be applied to innovating existing Smarthome services, according to LG Economic Research Institute.

The robotics market also has been established in the medical sector. Intuitive Surgical’s robot da Vinci is a prime example.

Although it costs 1 billion to 2.5 billion won, the use of da Vinci has spread rapidly because the robot reduces side effects and speeds recovery.

And not only is da Vinci good for patients, it’s good for business. Intuitive Surgical’s rate of return surged to 27 percent in 2010 from 19 percent in 2006.

SK Telecom CEO Ha Sung-min predicts that in the future, objects with artificial intelligence and humans will be organically connected and digitized industries will be converged and reorganized.

“Korea is one of the countries that emphasize the importance of robots, considering it a growth driver and a part of creative economy that the government emphasizes,” says Kim. “Korea is definitely an advanced country in terms of robot development.”

Silbot and Mero, like Softbank’s Pepper, are equipped with image processing capabilities to determine emotions by reading faces.

According to Korea Institute for Industrial Economics & Trade, the domestic service robot market is in its early stages and Samsung Electronics, LG Electronics, KT and SK Telecom, as well as robotics start-ups such as Hanool Robotics, Yujin Robot and Inno Metal, are developing various types of robots and planning to commercialize them.

As the intelligent robot was chosen as one of the top 10 growth industries in 2003, various ministries have started to support the AI robot industry.

However, while governments of the world and global companies are jumping into the study of robots, there is not yet a national institute for artificial intelligence in Korea.

The United States, Japan and Germany have been supporting research and development of intelligent robots by establishing national artificial intelligence laboratories early on.

“There is no separate division in Korea that specifically studies artificial intelligence,” says a spokesman for the Korea Association of Robot Industry.

“Although Korea has advanced robot technologies, companies also lag behind in terms of preparing for commercialization of robots, especially large IT companies such as Samsung and LG.” 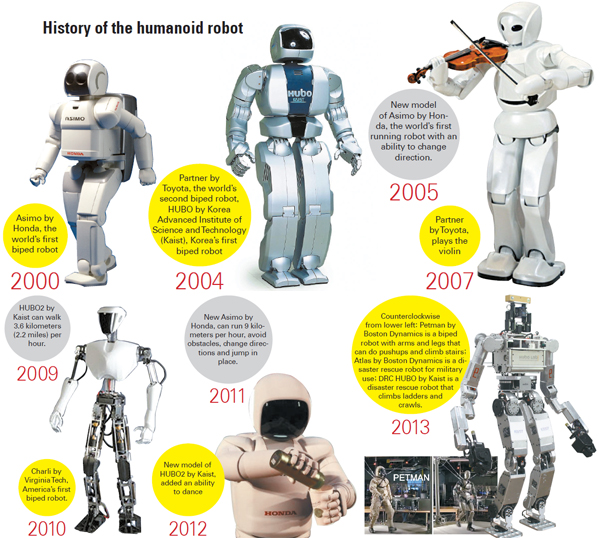 There are concerns that jobs could disappear due to development of intelligent robot technology in ways similar to the 1980s, when machines supplanted workers performing menial tasks.

On the other hand, employment in the service sector increased.

Google’s unmanned cars could threaten the jobs of taxi drivers or bus drivers. It also is likely that automotive electronics companies that manufacture navigation devices and black boxes will be hit.

Yet, some experts also predict the market to provide content for people sitting in driverless cars and intelligent transportation systems could grow fast.

“It is hard to predict what kinds of changes driverless cars will bring to our lives and the industry, as it was difficult to forecast the aftereffects of the steam engines during the Industrial Revolution,” says a spokesman for the Korea Association of Robot Industry.

Meanwhile, the American magazine Technology Review says technology does not destroy jobs, and the reason why people worry about robots taking away jobs is because they only consider the primary effects of the automated systems.