Instead of breaking ground, CJ Group digs in

Instead of breaking ground, CJ Group digs in 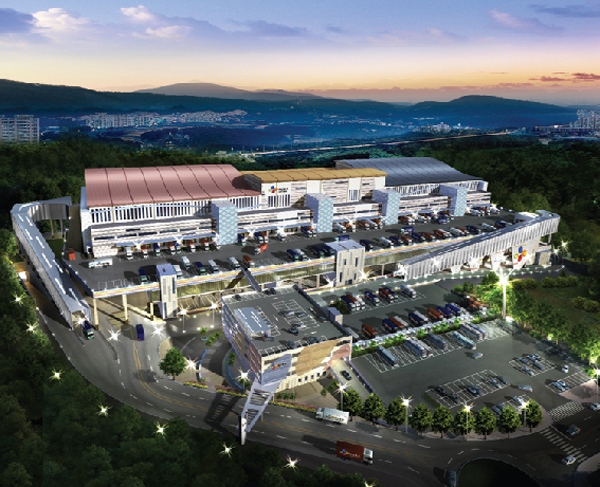 CJ Group, a conglomerate engaged in diverse industries from food production to entertainment, is starting to totter more than a year after Chairman Lee Jay-hyun, 54, was arrested and sentenced to four years in prison for embezzlement, tax evasion and breach of trust. The conglomerate is at risk of calling off several large-scale projects that it has been focusing on for more than five years.

The JoongAng Ilbo learned on Thursday that in the past month or so, CJ Group has either dropped or scaled back three projects. The three projects are worth a total of 900 billion won ($876.6 million), including a 300 billion won logistics terminal in Gwangju, Gyeonggi, that was scheduled to begin this year.

The conglomerate, however, has postponed the project indefinitely. The project, which was to involve 150 billion won worth of construction fees, was to build a high-tech distribution center in the metropolitan area with a capacity of 1.3 million parcels a day.

“The profitability of the logistics business itself deteriorated, which made it very difficult to find investment sources,” said an official from CJ. Industry sources note that the project being postponed for an indefinite period of time probably means it will be canceled.

Prior to the JoongAng Ilbo’s finding on Wednesday that CJ Group postponed its project to build a logistics hub in Gyeonggi, the conglomerate officially announced it will not build a golf club inside Ocean Park, which it has been building since 2007 in Gureop Island in Incheon. “Instead of the golf club that brings concerns over the destruction of the environment, we will build an alternate environment-friendly facility,” CJ said.

But industry sources note it will be difficult for CJ Group to bring tourists and consumers to the island without a golf club and that its overall plan to develop the area as a tourism complex is at risk.

Last month, the conglomerate canceled an agreement to build a movie theme park in the East Busan Tourism Complex. The theme park plan caught the eyes of many consumers and tourists and was even called Korea’s own Universal Studios. Within the conglomerate, hopes also have been high concerning the synergy it can offer with its entertainment affiliate CJ E&M by sharing cultural content. The overall project to build a tourist site in Busan is led by the Busan Metropolitan Development Corporation. After CJ Group’s notification last week, it started looking for other investors.

Why is CJ Group backing off from large-scale development projects it has been concentrating on for several years and considering as its next-generation growth engine?

CJ Group explained that it failed to secure sources of investment for its logistics terminal project due to eroding profitability in the distribution industry, and environmental groups have opposed building a golf club inside Ocean Park. But industry insiders note another reason: CJ Group is not able to invest easily at a time when its chairman is absent.

“Even until spring 2013, CJ was quite active in the movie theme park,” said an official from Busan Metropolitan Development Corporation. “It also introduced to us surprisingly detailed development plans utilizing the cultural content it has.”

Some of the detailed plans, meanwhile, reproduced a scene from “Snowpiercer” and offer visitors an adventurous train ride on a 3-D screen. The plan was to have them feel the cold and also some drops of water on their faces during the ride.

“No one is able to aggressively decide on a large-scale investment project at a time when the owner [Lee Jay-hyun] isn’t here,” said an official from CJ. “When thinking of the group’s logistics business, it is right to push on with the project to build the hub even if profitability now is low, but who can be responsible for making that decision if not the owner?”