Show me the way to the next whisky bar

Show me the way to the next whisky bar 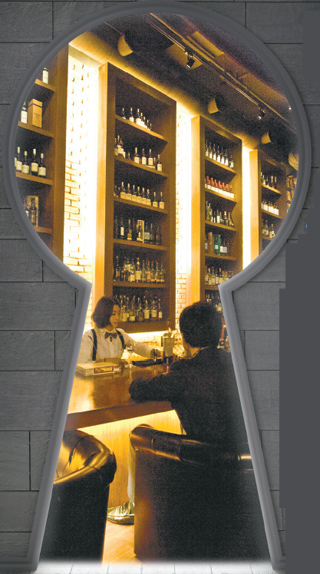 A bartender takes an order from a customer in Vault +82, one of the most popular bars specializing in single-malt whisky in Seoul. By Park Sang-moon


With the rise of single-malt whisky in Seoul comes another trend: the speakeasy. While the abundance of bars and restaurants in the city suggests that using a distinct sign to stand out is crucial to attract patrons, certain establishments are going without, relying on a sense of intrigue and word of mouth to lure people in.

These bars tend to focus on single-malt whisky, a more expensive type of alcohol made with malted grains from one distillery. The high-end establishments pride themselves on stocking a variety of brands that cater to customers’ needs, such as whiskies that come from prestigious distilleries in Scotland or Japan and those that have matured for more than two decades.

The retro lounges, which are influenced by the secretive underground spots that sprouted up in the 1920s during prohibition in the United States, are currently the pinnacle of Seoul’s bar scene. In keeping with the atmosphere of exclusivity the venues tend to promote, the bars often take cues from gentlemen’s clubs by offering additional services such as shoe or jacket cleaning.

A large number of these speakeasies began to proliferate in the Yongsan area, central Seoul, over the past couple of years. The trend then spread out to Cheongdam-dong and Apgujeong-dong before moving to the business-heavy Yeoksam-dong area in southern Seoul.

Speakeasy Mortar, located in central Seoul’s Hannam-dong, doesn’t even keep its door unlocked. When a patron comes knocking, a doorman opens a small window at eye level to check who’s there. The Booze, another single-malt lounge in the area, misleads potential patrons with a door that opens to a storage area right next to the bar’s actual opening. And Bar Lupin in Apgujeong distracts customers from its really dark entrance way with a life-size steel figure of detective Arsene Lupin, the character from crime novels by French writer Maurice Leblanc.

“The concept of going somewhere hidden, going somewhere not known to the public, attracts more customers looking for a new experience,” said a bartender at The Booze. “And the fun of discovering the endless whisky options keeps them coming back.”

Not a single-malt aficionado? No need to worry: these speakeasies have fully trained bartenders who are happy to suggest what to drink. Half the fun is sitting at the bar and learning more about the whiskies on offer. The smaller a bar is, the more intimate a relationship a customer tends to build with the bartender, and the more information you share with the staff, the better. Workers at these speakeasies tend to be so knowledgeable about the whiskies on offer that they can recommend brands based not only on customers’ food and drink preferences, but on their current mood. 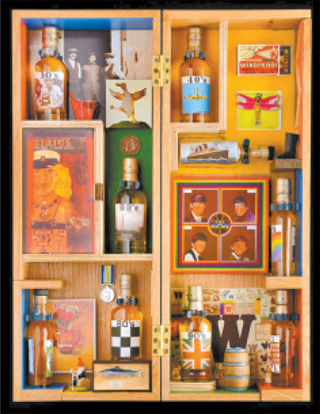 A limited-edition oak box containing “The Macallan and Sir Peter Blake” is displayed at Vault +82 in Hannam-dong.

Who knows? You might even be able to taste some of the rare whiskies the bartender keeps in his or her personal collection.

One irony is that the popularity of these small bars may make it impossible for customers to make an impromptu visit. Many of these establishments take reservations, but considering most have fewer than 20 seats, you might not get into the place you wanted to visit. Since many are grouped in the same neighborhoods, however, you can enjoy the challenge of discovering a few different bars without well-publicized addresses. 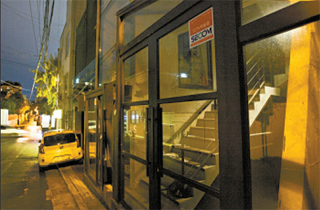 The exterior of a speakeasy in Hannam-dong, central Seoul, which does not have a distinctive sign.

Vault +82, a basement bar in a small alleyway in Hannam-dong, has led the speakeasy trend. As well as an excellent range of whiskies, the two-story lounge offers a shoe-cleaning service and stocks pipes and cigars for customers to smoke. In a testament to its discerning attitude, a limited edition “The Macallan and Sir Peter Blake” oak box filled with whisky bottles is on display at the bar. The items from Korea’s top-selling single-malt company were designed by the godfather of pop art in celebration of his 80th birthday. Only 250 were made.

As one of the bigger speakeasies in town, Vault +82’s upper floor has a sofa area with room for larger groups. It also recently opened up a branch in Cheongdam-dong, southern Seoul, with a less secretive location.

Also in Hannam-dong, The Booze opened earlier this year and set specific rules for its patrons. To prevent the bar from losing its character, it asks that customers never post its location on social media accounts - although mentioning the bar is acceptable. One of its bartenders explained that patrons keep to the rule because they don’t want to see the venue packed with people.

Bar Twelve also opened up earlier this year in Haebangchon in Yongsan District. Its name comes from the fact that there are only 12 seats available inside. On its door, the bar displays numbers that show visitors how many seats are open.

Nowadays, the area near Apgujeong Rodeo station on the Bundang Line, exit No. 4, is a haven for single-malt whisky lovers. Many establishments neighbor one other, giving visitors a variety to choose from. Signposted bars Lupin, Sherlock and Le Chamber are less hidden than many other venues in this article, but nearby Alec’s Nest has kept to more of a speakeasy style for about a decade.