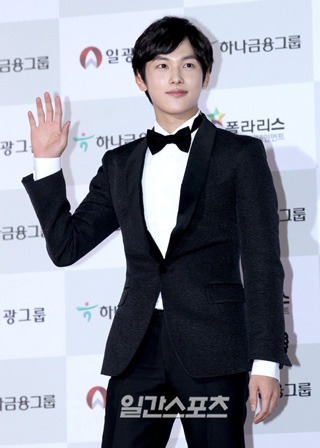 Actress Park Shin-hye of “Pinocchio” and singer-actor Yim Si-wan, pictured below, of “Misaeng” will both sing the original song of their respective dramas for their soundtracks.

According to Shall We Talk, a company that promotes Park’s drama series, the actress has already finished recording a song called “Love is Like Snowfall,” which is a ballad. It is scheduled to be released on Thursday through major music portals.

The lyrics of the song describe the feelings of Choi In-ha, a character played by Park, for her fictional love interest Choi Dal-po, played by actor Lee Jong-suk.

In the drama series, both Park and Lee act out the roles of newbie reporters who cover social issues.

This is not the first time Park has sang an original song for the soundtrack of her own drama series. The actress also sang two different songs for “You Are Beautiful” (2009) and “The Heirs” (2013).

Yim, who is probably the best up-and-coming actor of the year, will release his first solo song on the popular drama series “Misaeng.”

This is a special moment for Yim because he has never released a solo song, even though he is a member of the boy group ZE:A.

Yim wrote and composed the song himself. It will be unveiled on Friday. He is enjoying immense popularity because of his fictional character, Jang Geu-rae, a powerless high school graduate who lands a temporary job as an intern at a trading company, a jungle-like society.

As the popularity of the drama series has soared, Yim recently signed contracts to endorse eight different products from clothing to finance to beverages and cars.

He debuted as a member of ZE:A in 2010 and began his acting career two years later.