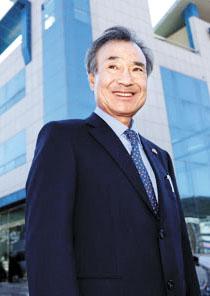 What would happen if Executive Director Choi Young-hoo, a fictional character from the tvN drama “Misaeng” (An Incomplete Life) played by Lee Kyung-young, and Oh Sang-sik of the sales 3 team portrayed by Lee Sung-min, were actual employees at a Korean conglomerate?

Choi and Oh were pursuing a business deal for the amount of half a billion dollars with China for various reasons, one of which is to provide a permanent job for the show’s protagonist and an irregular worker Jang Geu-rae, played by Yim Si-wan. But securing the contract with China required Quansi, or secret networking with contacts in China, which was eventually discovered by the company’s audit committee. As a result, Choi was demoted and sent to a smaller subsidiary, while Oh resigned.

Would the outcome have been different if they had successfully secured the deal with China without being discovered by the company’s audit committee?

In the world of drama, Quansi would incur an additional cost, causing the company to suffer short-term losses. Despite this, Choi would have been promoted to CEO, and Jang would have received a permanent job offer, wrapping up the drama with a happy ending.

But what would have been the outcome if it happened in reality? Let’s assume that Choi and Oh are heads of real conglomerates.

Let’s look at the first situation in which they failed to secure the major deal with China. They would have faced criminal prosecution for breach of fiduciary duty. Because they used Quansi, other projects in China would have fallen through and they would be charged for incurring a provisional loss amounting to $500 billion.

Even if the whole thing wrapped up with the happy ending with the half-billion deal closed, the nonprofit organization would have filed charges against the head of the company for causing short-term damages to it. The head of the company would have been subject to aggravated punishment for embezzlement and violation of the foreign exchange law for using an unofficial fund in relation to Quansi.

The crime of breach of fiduciary duty refers to punishment for causing damage to a company by not complying with its fiduciary duty. Many heads of major chaebol in Korea have been sent to jail for this. There is an old saying that goes “business is like riding a tiger,” because once you get off, you will be killed by the tiger. Even when facing difficult circumstances, one cannot easily give up the business. The heads of most companies face risks and make difficult business decisions on a daily basis.

Most employees, like Choi and Oh, if they incurred damages to their company whether intentionally or negligently, are either demoted or forced to resign. In the worst-case scenario, albeit almost never seen, such employees may have to pay for the damages.

Furthermore, no one would work for the company if they knew they might face criminal punishment. Even civil servant positions would not be filled if civil servants could be subject to criminal punishment for carrying out their duties. Who in the world would start a small restaurant business if they had to risk being sent to jail for purchasing basic ingredients from their brother-in-law? How ridiculous would it be if a housewife is sent to jail for investing in a private fund for increasing her wealth without success? The problem is that all these ridiculous phenomena only happen to heads of companies.

Korea is the only nation in the world that punishes the head of a company for making the wrong business decision. Even Germany and Japan, where breach of fiduciary duty is also a crime, do not punish if the breach was due to a bad business judgment. Imposing civil penalties and damages, like in America, would be sufficient; Korea, however, pushes too far and imposes criminal penalties.

Most people laugh at and look down on heads of chaebol who show up in a wheelchair for the charge of breach of fiduciary duty as if they have committed a serious crime. Although even vicious criminals, such as murderers are released on parole, those who are imprisoned for breach of fiduciary duty are almost never benefited by such release. What is even more absurd is that according to the Supreme Court, of all 5,716 breaches of fiduciary and embezzlement cases that were tried 2011, only 1,496 cases (26.2 percent) resulted in imprisonment. But the rest will never be able to recover from the emotional distress and loss of opportunities.

Choi, from “Misaeng” said, “Executives are those who strive to see the stars beyond the clouds when other people can only see the ground.” According to this, heads of major companies are considered giants who can see the stars while standing on the ground. A true entrepreneurial spirit can never exist in Korea if the business decisions those giants make for the hundreds and thousands of Jangs are judged from a legal point of view and even criminally punished.