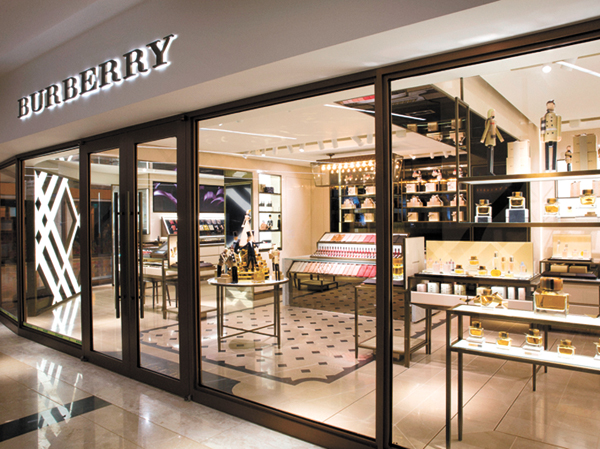 Burberry’s shop at Coex Mall in Samseong-dong, southern Seoul, which opened in December. The Beauty Box make-up and accessories store puts an emphasis on technology. Provided by Burberry

Burberry is one of the most well-known luxury brands worldwide, popular for its trench coats and check-patterned scarves. Koreans like the classic look of the 159-year-old company, but younger people often think of Burberry as a brand their parents wear. In Korea, the fashion company wants to refresh its image by increasing its digital marketing while staying true to its classic designs, the Asia-Pacific CEO said.

“I think that’s what Koreans like,” said Pascal Perrier, Burberry Group’s Asia-Pacific CEO, in an interview with the JoongAng Ilbo.

“Korean customers are very sophisticated and interested in ‘newness.’ So we have to play with the fashion elements of the brand, bringing excitement but always sticking to our values, and we always feel like we need to challenge ourselves to bring something new. We learn a lot, in fact, from Korean customers. It is very stimulating for us. We will open up a new chapter in Korea this year.”

The first part of the company’s new chapter in Korea is the Burberry Beauty Box, a make-up and accessories store that opened in Coex Mall in Samseong-dong, southern Seoul, in December. 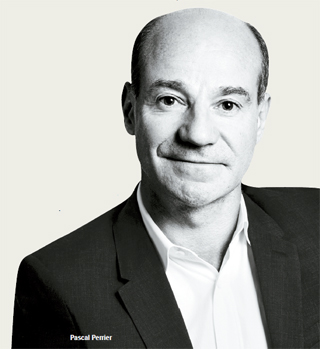 The Samseong-dong shop is the second in the world after the one in the United Kingdom. Korea’s flagship 10-story Burberry Beauty Box store will open in September in Cheongdam-dong. Perrier said that Burberry chose Korea as a trial area for its make-up business, which was launched in 2013, with the expectation of expanding in Asia later.

“For Burberry, Korea is the third-largest market in Asia-Pacific after China and Hong Kong, so it is very big for us and very important,” he said. “When we do our fashion shows in London, we always invite Korean celebrities and it has a halo effect worldwide, because Korea has a huge influence in the entertainment sector. The Korean drama and movie stars are very popular. So it may have a smaller population [than China], but it has a very big influence. This is why we are very proud to commit here and learn, invest and provide better service.”

From September to December last year, many stores in major shopping areas in Hong Kong had to close temporarily due to pro-democracy protests in the streets, and Burberry’s sales were impacted by the demonstrations. But over the same period, its sales grew in China and Korea.

One interesting feature of this century-old luxury brand is that it doesn’t hesitate to combine digital innovations with craftsmanship, unlike other European luxury brands that only consider craftsmanship as the most important value to their brand identity.

“It is the simple acknowledgement that we cannot impose on customers one way of doing things, especially if there are other ways of doing the same things,” Perrier said. “Of course, we can communicate within our stores, we can communicate within magazines and newspapers, but the reality is that the Internet is very strong and convenient. A lot of customers go online before they go into stores and a lot of people go into stores and then purchase online. It is just an additional service and flexibility.”

One good example that reflects Burberry’s philosophy of adopting technology is the Sweet Box. The new product allows customers to test out nail polish and lipstick colors digitally by showing a simulated image that compares the color to the customer’s skin tone.

The company also launched an application for customers to create a profile listing their shopping preferences to help them find Burberry products anywhere in the world. Perrier said that the concept for the Cheongdam-dong store will be an IT-centered combination of “service and fun.”

“It has been 13 years since we entered the Korean market,” he said. “It is time for us to give something back to Korea. We created the Burberry Foundation a few years ago. For a number of years, we have been socially responsible in Korea. And I can tell you, we are very honored and proud that in 2015, we will donate a further grant of 125,000 pounds [$188,600] to the Beautiful Foundation in Korea, in line with our determination to be responsible here. So it is very important to keep in mind that we have business goals and success, we build stores and we employ people here - we are a big brand. But at the same time, we give back. This is very important for us.”