ZE:A’s Park to star in drama

ZE:A’s Park to star in drama 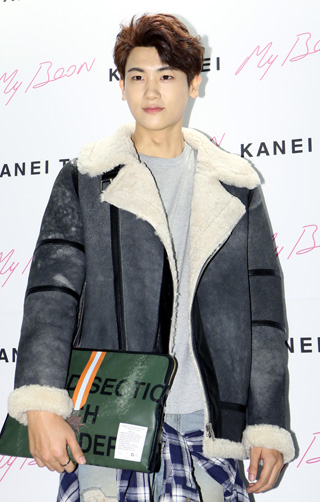 Park Hyung-sik, above, from boy group ZE:A has been selected to play the leading character in “Chaebol’s Daughter,” a new drama that will air on SBS.

The first episode of the new drama will come out in June, as a follow-up to “Heard It Through the Grapevine.”
In Korean, a chaebol is a large, family-owned business.

In the drama, Park will portray a son from a rich family who has never even tied his own shoelaces; a good-looking man who spends money lavishly and thinks he will inherit a department store from his parents. But one day he meets a part-time worker at a shop and starts to h
ave feelings for her.

Although he is originally a singer, Park has been building up his acting career by taking parts in several dramas such as “The Heirs” (2013) and “What Happens to My Family?” (2014-15). This new drama, however, is his first time playing a leading role.