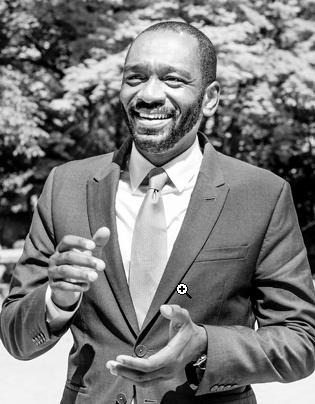 Angola, Africa’s second-largest oil producer, is attempting to ramp up investment in new industries and looking for foreign co-investors in places as far-flung as Korea.

The fund is intended to diversify Angola’s economy after the crash of global oil prices, said dos Santos.

“The reason why we launched this fund is our economy is still largely dependent on oil production,” he said. “But Angola welcomes boosting other industries.”

According to the latest analysis of economic affairs in Angola by the Korean Embassy in the country, oil and diamonds accounted for 99.5 percent of exports as of April. Angola’s Trade Ministry recently announced it was considering establishing a special body to boost agriculture, timber and manufacturing of glass bottles, the embassy report said.

Angola-Korea economic relations have been insignificant. The two countries established diplomatic ties in 1993 and the Angolan Embassy in Seoul opened in 2008.

According to the embassy report, the Angolan government regards tourism as a key to economic diversification. Angola’s revenue from the tourism industry revenue was 153.2 billion kwanza ($141 million) last year, an increase of 30 percent compared to 2013.

Dos Santos said the $4.95 billion fund will invest $500 million to build as many as 50 business hotels in Africa, particularly in the sub-Saharan region, as part of his ambitious project to develop infrastructure on the continent.

“There is still a significant shortage of hotels that meet international standards in Africa,” he said. “That’s something we’d like to invest in to ensure there are sufficient accommodations.”

In addition to the hotel business, he wants to invest $1.1 billion in infrastructure projects.

Dos Santos, who sat for an interview when he was in Seoul to attend Institute Fund Summit Asia which is a meeting of investors and asset managers in central Seoul, sees Korea as an interesting market in which to invest.

“Korea is very a stable economy,” he said. “[When we invest] we find investing in government and corporate bonds the right thing to do.”

Q. For our Korean readers who don’t know much about Africa, tell us briefly about your sovereign fund’s investments.

A. Fsdea is a $5 billion dollar fund owned by the state. We started with this amount last year and initially invested in fixed income instruments, such as corporate bonds and government bonds. A little bit later in 2014, we committed $1.1 billion to invest in infrastructure in Africa. At the same time, we also earmarked $500 million for developing and managing international-standard hotels, mostly in Africa. In December, we launched five more funds that are a combined $1.4 billion to target agriculture, mining, timber production and health care.

Why did Angola launch this sovereign fund?

But Angola welcomes boosting other industries. This sovereign fund is trying to spur investment from the private sector in developing new industries that would also benefit Angolan citizens.

Besides attending the summit, was there any other reason for your visit to Korea?

We came to Korea because the country has a lot of large companies, some of which are already in Africa. Korean companies not only sell [in Africa], they have production facilities. There also are a lot of Korean financial institutions investing internationally. We have talked to some officials from these institutions and they are actively looking for opportunities to invest internationally. One of the reasons I came here is to meet with these institutions and have a dialogue with them and hopefully find a common ground for joint investments in Africa.

But some Korean investors shun Africa as a high-risk investment with the political and military unrest there.

Over the past decade, governments in Africa have become more stable and economically focused as lower inflation rates generate more business, and the GDPs of some countries in the region are increasing. In terms of the political environment, there is much more democracy than before.