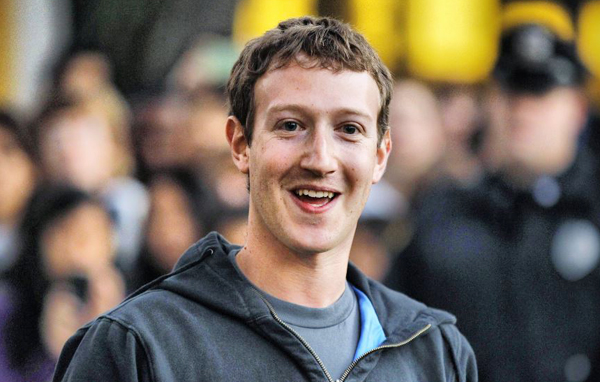 Just like Steve Jobs, who always dressed the same, Facebook founder Mark Zuckerberg sticks to a grey t-shirt and jeans. He also has something in common with Bill Gates. They are both famous for their philanthropy works. The Bill and Melinda Gates Foundation is by far the biggest in the world with $43.4 billion in asset. Zuckerberg donated 970 billion dollar-worth of stocks for charitable causes, becoming the biggest philanthropist in 2013.

If you think Zuckerberg is a computer gig, you are mistaken. He speaks four languages and recites lines from the Iliad. Earlier this year, he started Zuckerberg book club called A Year of Books, recommending a book every two weeks to his Facebook followers. His passion for liberal arts was nurtured by his educational background. His parents were involved in education, and he went to prestigious Philips Academy and Harvard University. Zuckerberg is also known for education projects.

Lately, his philanthropy work from five years ago in September, 2010 made news. He had made a $100 million contribution to public schools in Newark, NJ, an underprivileged school district. Despite the good cause, the performance after five years was disappointing. All of the $100 million have been spent, including $31 million for teachers. But their academic performance did not improve. While regulations were changed for flexible teacher dismissal procedure, it did not help.

The recent book “The Prize: Who’s in Charge of America’s Schools?” discuses Zuckerberg’s failure. It points to a misunderstanding that investing a large sum and firing incompetent teachers will improve education, and without proper family involvement and a good environment, even the best teachers cannot make a difference. Ironically, Zuckerberg’s failure reminds us of the absolute importance of home and environment.

The education budget for next year announced on September 10 includes a 4.5 percent increase from this year, by 2.37 trillion won ($2.0 billion). The authorities added middle and small business experience for middle school students as a vocational program.

Among many discussions on public education, there is no voice for family education. The time has changed, but some things remain unchanged. Teaching at home is just as important as public education. Zuckerberg's investment was not futile as it highlighted the age-old truth once again.