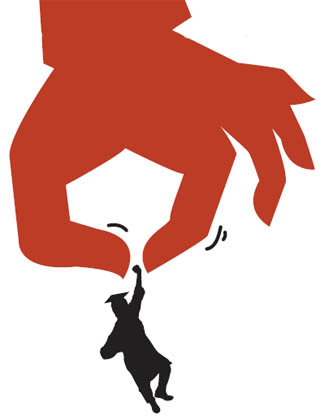 In a tight job market where landing full-time employment is a cutthroat business, fresh graduates and college students in Korea are willing to do just about anything to hold on to their internship position.

That single line of previous experience on their resume could make the difference whether they land that real job for the future.

Sometimes, however, an intern’s responsibilities can be far removed from expectations. They can include doing homework for the boss’s kid and even hand-washing dirty clothes.

Seo Myeong-hee, 25, worked as an intern at a state-run company for six months from January to June this year. It was her first internship, and she was grateful for the opportunity and very motivated.

A few days into her new job, a senior manager gave her documents in Korean and asked her to translate them into English. 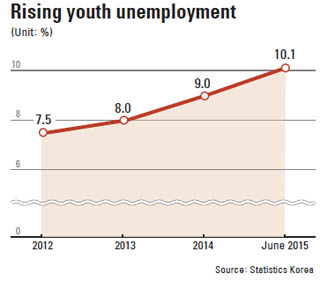 “I heard your English was good,” he said.

She worked hard at the task but felt a pang of disappointment when she realized she was doing schoolwork for the boss’s daughter.

He also asked her to make a PowerPoint presentation for his daughter’s homework assignments. She worked until 9 p.m. for the next two weeks to get them done on time.

“I did not dare complain about them … it is a state-run company and the culture is very conservative. Hierarchy is established there,” Seo said. “I did not want to hear negative feedback from (his daughter) about the outcome of those projects, so I really worked hard at them, even well past the working hours.” 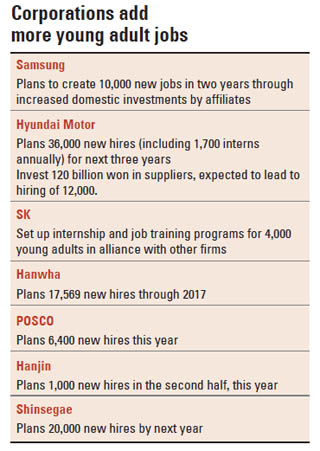 Seo is not alone in her mistreatment. Choi Young-hyeon, 24, worked at a multinational company for three months from January to March this year and left the firm with “unforgettable experiences,” he said.

He was asked to hand-wash dirty clothes many times. However, when the CEO asked him to move his son’s luggage to the office, it was the final draw. He decided to quit then and there. 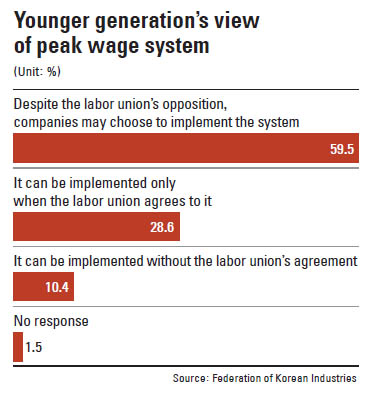 “I could not bear the overwhelming sense of shame,” Choi said. “I felt I was being mistreated because I was a helpless intern.”

On the back of an unprecedented high rate of youth unemployment, a new social language to describe the challenges faced by countless young job seekers has become commonplace.

Intern shuttle refers to interns who are pushed to do menial and personal favors for their superiors at work. Etaebek refers to the current situation where a lot of people in their 20s are jobless, while NEET refers to young adults who are “not in education, employment or training.”

There is also a word that describes the whole generation of young adults in their 20s and early 30s without jobs who have lost hope.

The “Opo generation” - derived from O, meaning five, and po, meaning to give up - refers to a generation that has prematurely given up on the five major milestones in life - romantic relationship, marriage, childbirth, relationships with other people and home ownership - because they cannot afford to achieve these goals without a job and a stable income. 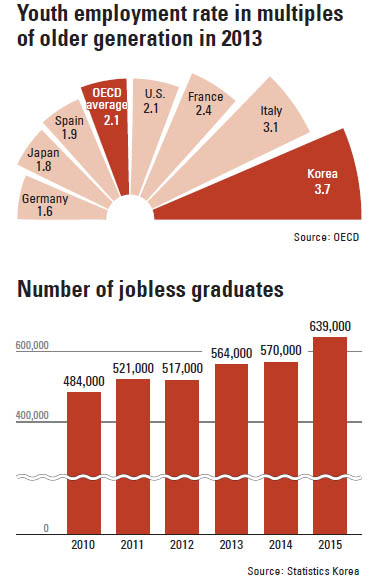 However, the Korean Contingent Workers’ Center says the real term unemployment rate - including those in part-time jobs and still seeking a stable job, those who have given up on finding a job, and those newly entering the labor market - is much higher at 22.5 percent. While some blame the bad economy worldwide, Korea’s youth unemployment appears to be much higher than the global average despite its relatively sound economy.

It is even lower than Japan’s - where the rate is 39.7 percent - which is also dealing with low growth and rapidly aging demographics.

What is more troubling is the youth unemployment rate in Korea is 3.7 times larger than the 30 to 54 age group, indicating that a lot of young people are left in the lurch compared with the broader, older generation. The OECD average is 2.1.

Given these statistics, it is not surprising that the younger generation of Koreans feel helpless and deprived.

According to a recent survey conducted by the Korea Press Foundation, 58 percent of respondents in their 20s said they felt a personal connection was a key factor in getting a job, while 47.3 percent of people in their 50s cited knowledge and expertise.

In the same survey, around 43 percent of respondents in their 50s said the reason for high levels of youth unemployment was “because they are only looking for high-paying and stable jobs.” Only 19 percent of people in their 20s cited it as a factor.

“The older generation had much more opportunities, the kind of opportunities we can only dream of today,” said Ryu Ji-hye, a 25-year-old college graduate and job seeker.

“People in their 40s and 50s were almost automatically guaranteed a job at big-name companies as long as they graduated. But younger people today scrupulously take care of our specs [specification or personal profile] the moment we enter college. But even with the good grades, many of my friends who majored in the humanities are already pessimistic about their outlook, about jobs and about their life in general.”

“Having parents who know the right people to help you get an internship, or at least have resources to get you educated or trained abroad is a big help as well,” said a 29-year-old law school graduate who asked to be identified only with her surname Lee.

“In contrast, friends who have to pay rent and living expenses, and are already straddled with college loans, are worse off … they do not have as much time to prepare for interviews and tests,” she added.

Given the current social climate, interest in saving the younger generation from a protracted state of joblessness is high, with both the government and corporations making pledges to help increase jobs for young adults.

President Park Geun-hye promised to create more jobs for young adults, a cue the corporate community took diligently and has since followed through.

Hyundai Motor recently said it will hire 36,000 more employees over the next three years, while Hanwha has pledged to hire 17,569 more people. The Samsung Group has also promised to create 10,000 more jobs for the next two years.

Though the initial moves are positive, whether the efforts will be sustainable and meaningful to the overall state of high unemployment among youths in the long term remains questionable.

There are more than 1.1 million unemployed youths across the nation.

Determining that youth unemployment - in the backdrop of slowing economic growth and aging demographics - Park’s administration has also pushed aggressively for labor reforms, primarily the peak wage system that is aimed at creating more jobs for youth.

The government also plans to give financial incentives to companies that implement the peak wage system and hires young employee. Companies can get about 10 million won ($8,500) per new hire for three years.

Young adults appear to be welcoming the reforms, as they essentially feel they are at war with an older generation over a limited number of available jobs.

A recent survey conducted by the Federation of Korean Industries showed that seven out of 10 college students approved of the peak wage system. They believed “the company should have the freedom to implement the system whether or not the labor union agrees to it.”

College students were also open to more flexible labor laws that would make it easier to lay off underperforming workers.

Almost 60 percent of respondents said the company should be able to fire an underperforming employee who does not change despite efforts by the company.

Only 9.6 percent said the company should not be allowed to dismiss problem employees.

But labor reforms are facing aggressive opposition from key labor unions, while some experts also say it will not solve the fundamental problems of the youth joblessness.

“Jobs for 50s and 20s are not in a competitive relationship,” said Lee Joon-hyeop, a researcher at Hyundai Economic Institute (HRI).

“I think the primary focus should be creating a ladder where contract workers have the opportunity to become a full-time employee,” he said, referring to the exceedingly high proportion of contract employees among young workers.

Contract employees are generally paid less and are often asked to leave after a year or two of employment.

Experts also point out that there is a severe mismatch between jobs and education, where a lot of skilled labor jobs are left unoccupied, while an overwhelming number of college graduates are looking for white-collar jobs.

“Working conditions at small and medium-sized companies should be improved so that younger people would be encouraged to work there,” said Kim Kwang-seok, also a researcher at HRI.

“For vocational schools, curricula should be set up more practically in ways that are aligned with needed skills, so that graduates can find jobs immediately after graduation.”

Experts, however, say current labor reforms are still a move in the right direction.

“The effect of the peak wage system will not be tremendous, but it is still necessary to lessen the effects of longer tenure,” said Yoon Hee-sook, a senior researcher at the Korea Development Institute.