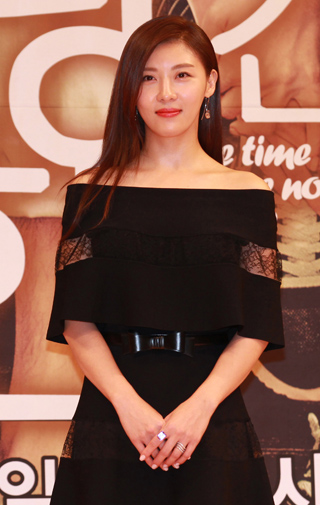 Actresses Ha Ji-won (pictured) and Ko So-young have decided to donate all proceeds from a special design project organized by luxury brand Fendi.

According to the entertainment agencies of both actresses on Monday, Ha and Ko were recently chosen as influential cultural figures in Korea, along with former world figure skating champion Kim Yu-na.

Through the project, Ha and Ko designed their own Peekaboo bags.

Ko reportedly received inspiration from a blue unicorn, while Ha worked on her own, inspired by the pop song “You Are the Universe” by Brand New Heavies.

Ha reportedly likes the pop song because the lyrics are quite similar to her own philosophies in life.

Proceeds from Ko’s bags will go to single mothers, while Ha’s will go toward children who were born with facial defects.

Ha was appointed in 2014 as a public ambassador for Operation Smile, a charity which helps children with cleft lips, and she has been helping children since then through the charity.

Ko has also been helping single mothers since she gave birth to her son in 2010.