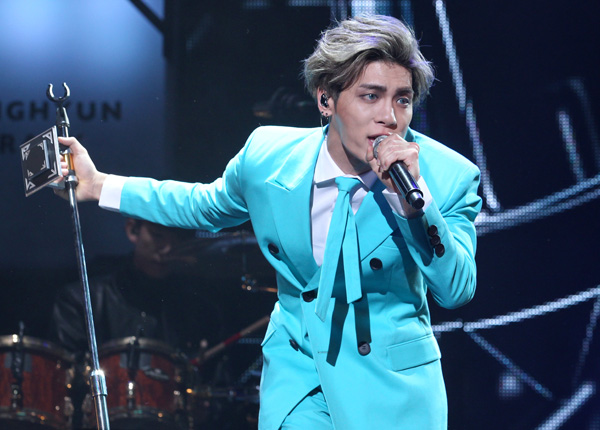 Jonghyun of the K-pop boy group SHINEee will release his first regular album, “Good,” on May 24.

SM Entertainment, the agency representing the 26-year-old, said Tuesday that the first album contains nine tracks, eight of which were written and composed by the singer himself.

Jonghyun released his first solo mini-album last year and has been writing and composing songs for fellow musicians.

Most recently, singer Lee Hi returned to the music scene with the ballad “Breathe,” a creation of Jonghyun, topping major music charts and garnering rave reviews.

The versatile singer is currently hosting the radio show “Jonghyun’s Blue Night” on MBC Radio every day from midnight to 2 a.m., and he also published a book in September. The book, titled “Skeleton Flower: Things That Have Been Released and Set Free,” talks about the singer’s songwriting experience and inspirations.