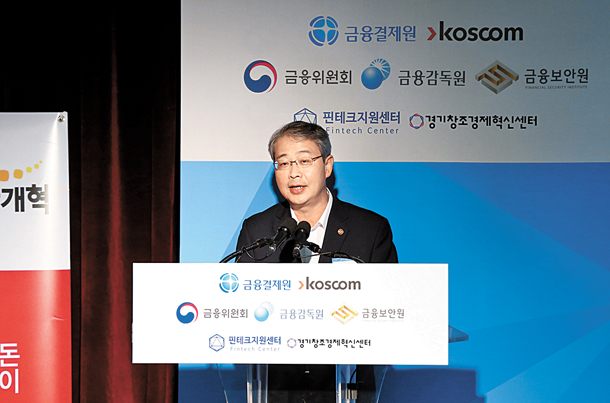 The Financial Services Commission said that the open application programming interface will allow smaller fintech, or financial technology, start-ups to gain access to data from the nation’s 16 major banks and 25 securities firms.

Currently, when a start-up wants to launch an app offering money transfers and account tracking online, it needs to build a partnership with each company to share information on financial transactions, a process that the FSC says takes up to three years.

Even if a company manages to clinch a partnership, additional data processing was required to make it compatible with other institutions’ offerings.

With the new system, new players and existing fintech start-ups can use data from partner financial institutions and the follow-up work is unnecessary.

An API is a set of routines, protocols and programming instructions for building software applications.

“Once the open platform is completed, fintech companies will be able to roll out their services in a more swift and convenient way,” said Yim Jong-yong, Financial Services Commission Chairman, during a launch in Bundang, Gyeonggi on Tuesday. Any company can test the platform at FSC’s fintech center in Pangyo, Gyeonggi.

Designating advanced tech-based financial services as a future growth engine, the FSC is heavily engaged in policies aimed at nurturing fintech and other emerging areas in the industry such as robo advisers.

But the success of the platform will depend on how many fintech service firms actually built services on the open system.

The FSC has introduced consulting and support programs for fintech companies but their effectiveness was often questioned.

The fintech support center was visited by a number of start-ups in the beginning, but visits have declined. Critics said that the center lacks experts capable of connecting emerging start-ups and potential investors.

The open platform will be managed by the Korea Financial Telecommunications and Clearing Institute and Koscom, a state-run financial IT solution company.