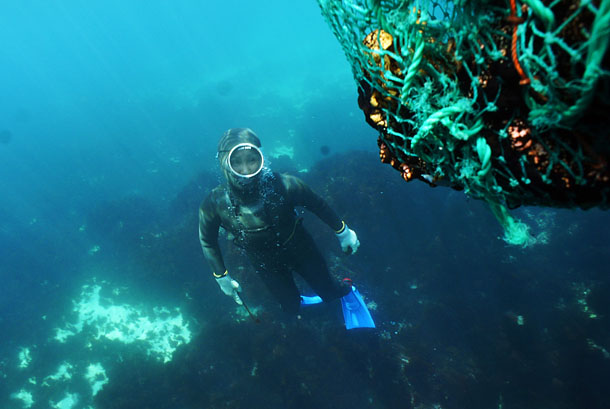 Haenyeo, the female divers of Korea’s Jeju island, is likely to be added to Unesco’s list of Intangible Cultural Heritage of Humanity, as a consultative body gave a green light on Monday. The Intergovernmental Committee for the Safeguarding of the Intangible Cultural Heritage will make a final decision in a meeting that starts on Nov. 28. [CULTURAL HERITAGE ADMINISTRATION]

Haenyeo, the female divers indigenous to Korea’s Jeju island, are one step closer to being added to the Unesco’s list of Intangible Cultural Heritage of Humanity.

The evaluation body is a consultative body that the committee has established and is tasked with evaluating the nominations to the list. Before the final decision is made, the body - which is composed of twelve members appointed by the committee - will decide to “inscribe,” “refer” or “not inscribe” the nominations.

This year, a total of 37 nominations have been made, the CHA said, with 18 of them getting a nod while 19 were referred. “[The evaluation body’s recommendation] will likely have a positive impact on the final decision of the Intergovernmental Committee for the Safeguarding of the Intangible Cultural Heritage,” the CHA said through a press release. 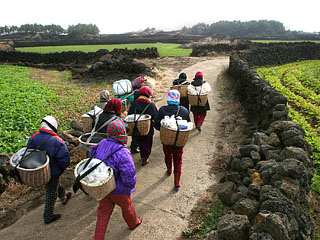 The culture of haenyeo includes their unique diving technique that doesn’t involve air tanks as well as a ritual and a song. Seen here is a group of divers heading to the sea to dive. [CULTURAL HERITAGE ADMINISTRATION]

The Korean government first nominated to the Unesco’s list of Intangible Cultural Heritage of Humanity the culture of Jeju haenyeo in 2014, and made revisions to the nominations in 2015.

The culture of Jeju haenyeo has several distinct features that cannot be found elsewhere.

They include how these Jeju women dive and harvest marine products without relying on any air tanks or other breathing equipment; hold a ritual that wishes for safe diving and prosperous harvest, which also helps them strengthen solidarity; and sing a labor song on a boat as they head out to the sea.

Also interesting is the fact that for years the job has been passed down from mothers to daughters and that haenyeo culture is something that all Jeju residents know and identify as part of the island.

Advocates also note how the culture of Jeju haenyeo is also about the power of women. The women are professionals and working mothers, they say, and their techniques and contributions to the domestic and social economies for thousands of years must be highly evaluated.

The population of haenyeo, however, amounted to less than 2,400 as of the end of last year, with about half of them aged 70 or older, according to figures by the Jeju government. In their peak - the 1960s, there were known to be about 14,000 Jeju haenyeo. The eldest haenyeo, according to Jeju’s government, is 93 years old.

The Korean government and the Jeju regional government have been working to preserve the haenyeo culture by establishing a haenyeo school, among others.

They include a royal ritual in the Jongmyo Shrine and its music (added in 2001); the pansori, a traditional chant (2003); the traditional dance ganggangsullae (2009); jultagi, tightrope walking (2011); the lyrical folk song “Arirang” (2012); and kimchi, the spicy, fermented vegetable dish, and gimjang, the culture of making and sharing the dish (2013).