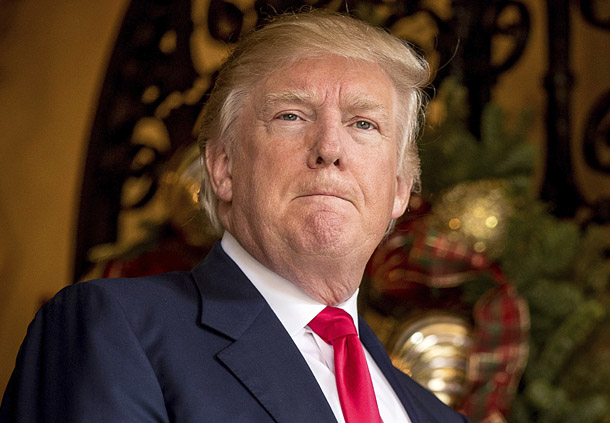 Every presidency is defined only partially by the issues that they campaigned on and the agenda that they have coming into office.

More often than not, however, we measure the mettle of presidencies by the unexpected crises that crop up. For U.S. President George W. Bush, this was the terrorist attacks of 9-11. It completely changed almost every element of U.S. policy.

For President-elect Trump, this crisis could very well come from North Korea. The normally aggressive regime has taken an unprecedented violent path even by its own extraordinary standards.

In the past year, the regime under Kim Jong-un has conducted 25 ballistic missile tests and two nuclear tests, according to CSIS Beyond Parallel. Since 2009, it has completed 65 major provocations and ballistic missile tests including four nuclear tests. By comparison, in the 14 years prior, Pyongyang conducted only 16 missile tests and one nuclear test. The leader has stated unequivocally that he runs a nuclear weapons state and that he has no intention of disarming. Indeed, he has enshrined this nuclear weapons status in the constitution, which could be considered normal only by North Korean standards.

Our own data at CSIS indicate that North Korea will challenge the new administration almost immediately. This would be for the purposes of establishing a position of strength.

Eight years of “strategic patience” — the outgoing administration’s policy of sanctions designed to cause the North Koreans to cry “uncle” and come back to the table — has done little to curb the threat. In the past year, North Korea has crossed technical thresholds that were previously thought to be beyond their reach for years. They may have scores of nuclear weapons by the end of this decade.

And it is entirely plausible that during Trump’s four years in office, North Korea will demonstrate an ability to reach the U.S. West Coast with a nuclear-tipped ballistic missile, making it the only country outside of China and Russia to have such a capability.

At the same time, North Korea under Kim Jong-un may try to engage the regime with proposals for peace treaty talks or other diplomatic proposals designed to entice the Trump administration into a deal. It is unlikely that Pyongyang will seek to engage the government in South Korea until after the political impeachment crisis subsides, however.

The paths forward are about as clear as a foggy day in London. I discern five:
•Positive: A positive path would entail a North Korean decision — whether of aggregation of sanctions — to return to the negotiating table over their nuclear weapons programs. This could be in a bilateral format with the Americans or through a return to the Six-Party talks, the multilateral forum chaired by China.

•Ambiguous: That is, North Korea shows a willingness to return to diplomacy, but without a commitment to denuclearize, instead focusing on negotiating a peace treaty with the U.S. as setting the stage potentially for tension-reduction.

•Negative: Kim Jong-un could accelerate his efforts to grow his nuclear capabilities accompanied by more nuclear detonations, missile tests, fiery threats, and potentially even proliferation horizontally to Iran, Pakistan or other non-state actors.

•Instability: Even though the leader celebrates a five-year anniversary this week, exceeding many people’s expectations of whether he could handle the job, the rate of high-level defections and purges in North Korea is unprecedented, which indicates a significant degree of churn inside the system. This internal instability can manifest itself in external spasms that generate outright conflict in the region.

•Status quo: North Korea in this scenario would not be characterized by an increased tempo of testing, nor an increased interest in diplomacy. Instead, it would work methodically as it has done over the past few years to build programs, remain cool to negotiation, and provoke occasionally but not at a level that would generate U.S. or South Korean reactions.

As Yogi Berra, the famous American baseball player and pundit once said, the predictions are hard, especially about the future. A policy review by the Trump team will need to work through the challenges and the key policy pivot points for the next administration.


*The author is a professor at Georgetown University and CSIS Senior Adviser. View this study at BeyondParallel.CSIS.org.