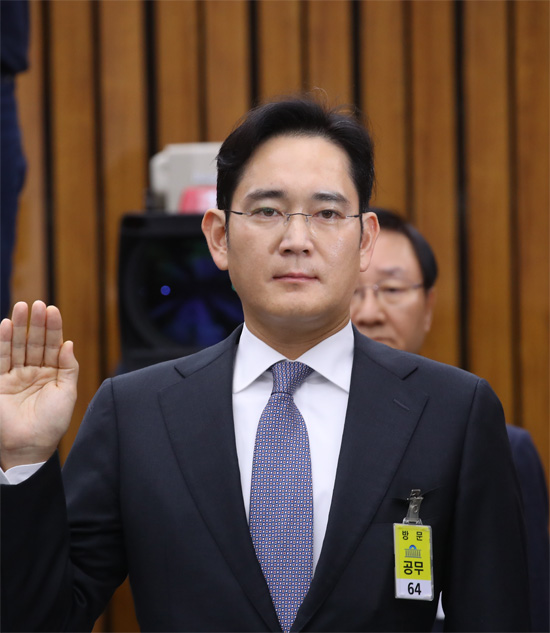 Lee Jae-yong, the third-generation leader of Samsung Group, will be questioned Thursday as a suspect by an independent counsel in an investigation of whether the country’s largest conglomerate bribed President Park Geun-hye through her controversial friend.

The independent counsel suspects that President Park and Samsung Vice Chairman Lee agreed on the arrangements in one-on-one meetings. Park met with Lee alone on Sept. 15, 2014 and asked his support for equestrian athletes. Samsung became the chair of the Korea Equestrian Association in March 2015, and investigators suspect that the plans to finance Choi’s daughter were pushed forward since then.

The device held about 100 emails about Samsung Group’s hefty donations to Choi and her family and also her founding of a company in Germany, the independent counsel team said.

For now, Samsung Vice Chairman Lee’s summoning as a suspect is not linked to the new evidence, assistant independent counsel Lee said Wednesday. “For now, the charge is giving bribes,” he said. “But more can be added.”

Samsung has strongly denied that its donations and sponsorships were bribes. At a National Assembly hearing on Dec. 9, 2016, Lee said he did not discuss the merger or making of donations when he had exclusive meetings with Park. “I didn’t really know what she was taking about when we were having the meetings,” he said.

The independent counsel team views that testimony as an act of perjury. It asked the National Assembly on Wednesday to take legal steps to accuse Lee of perjury.