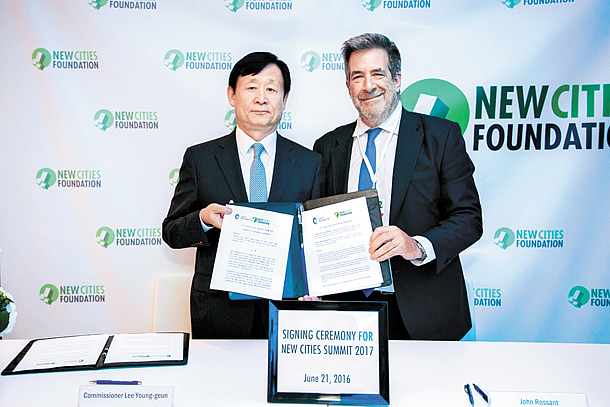 This year’s summit will contribute to the growth of Incheon and the IFEZ as this event will present innovative urban models and create business for smart-city related industries. The New Cities Summit is held annually in major cities around the world; this global event was first held in Paris in 2012, and it has been hosted in Sao Paulo, Dallas, Jakarta, and Montreal since. Among newly built cities, the IFEZ in Incheon was selected this year to reflect a model of sustainable urban development. The theme of this year’s Summit “Thriving Cities: The Building Blocks of Urban Wellbeing” focuses on the future of cities. 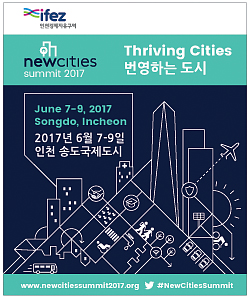 The sixth edition of the New Cities Summit is titled, “Thriving Cities: The Building Blocks of Urban Wellbeing.” [KOREA KR]

This international event involves the participation of about 800 people from approximately 50 countries including mayors, policy makers, smart city and urban planners and experts, architects, and CEOs of multinational corporations. The summit is a platform for action-oriented discussions and sharing knowledge among the leaders, top global thinkers and builders of global cities. The event includes a city tour on the first day and presentations on topics such as understanding urban wellbeing and new and digital city development, eco-friendly urban space design, group panel discussions, round table discussions and workshops on the second and third days. They will be designing thriving future cities and discussing how to make use of the latest technologies to their advantage to improve people’s quality of life.

According to an interview with Incheon Free Economic Zone’s (IFEZ) Authority Commissioner, Lee Young-geun, there are high expectations for the IFEZ hosting the 2017 New Cities Summit Songdo because he believes that this global conference will create new business opportunities to foster urban innovation and entrepreneurship, and ultimately turn Incheon into a world-class smart city to boost prosperity in the cities all around the world. He attended last year’s summit held in Montreal and gave a presentation on Songdo, which is built upon the principles of a sustainable and livable city. After that presentation, he signed a contract to host this year’s Summit at Songdo Convensia this year. The commissioner believes that Songdo can be a model for sustainable urban development that places a higher importance on ecosystems of health and people’s prosperity.