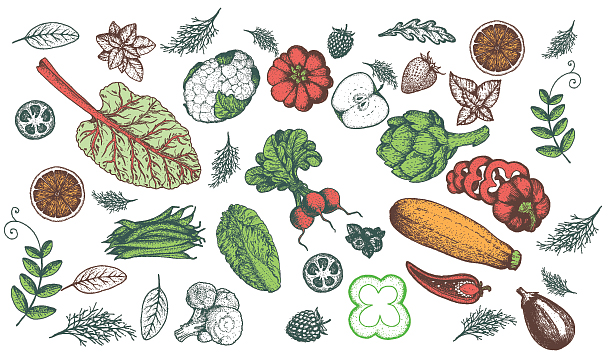 This series features articles written by high school students participating in the Korea JoongAng Daily’s internship program. All articles were written under the guidance of our staff reporters. -Ed.

Compared to just a few years ago, there has been an obvious increase in the availability and variety of vegan products in Korean convenience stores such as CU, Ministop, 7-Eleven, and GS25.

Though we could barely find any in the past, now some examples in these stores include coconut water, almond milk, soy milk, fresh fruits, dried sweet potato and other snacks.

Vegan products are those that do not contain any animal products, including meat, dairy and eggs. Though it is a diet followed by a small group of people, especially in Korea, more and more people have showed interest in the movement over the past few years.

A worker at a Ministop store in Gangnam District, southern Seoul, said, “most of the customers who buy these types of products at our store are young women.”

Many young women seem to be interested in vegan products outside of convenience stores as well, as shown by the large number of cafes, including Starbucks and A Twosome Place, that offer to substitute regular milk with soy or almond milk.

Many of these plant-based foods and drinks first gained popularity in Korea when they were recognized as parts of celebrity diets. For example, coconut water was first known as “the Madonna drink” because the American singer Madonna was often photographed drinking it. 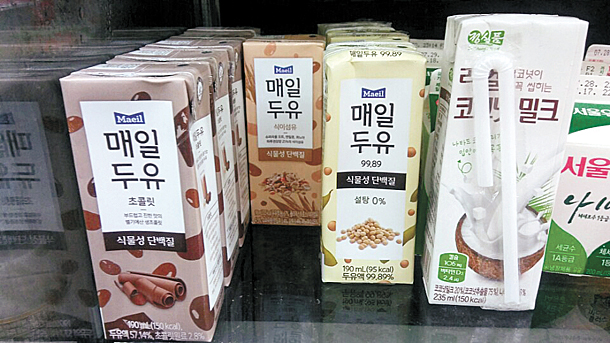 Some vegan products became known for their health benefits and how they could help weight loss. For example, according to Maeil, a 190ml pack of Almond Breeze, an almond milk brand, contains 230ml of calcium and just 45 calories whereas a 200ml pack of original milk from the same company contains only 200mg of calcium for 130 calories.

Another example is coconut water. Vita Coco, a coconut water brand, claims that a 200ml pack of its coconut water contains 80mg of magnesium and 350mg of potassium and just 35 calories, helping hydrate and nourish the body without too many calories. With all of their specific benefits and the fact that they have lower calories than most non-vegan options, it is clear why these products have become more popular.

Due to the popularity of the vegan products, there have been more brands formed in Korea to produce them. Though at first most of the items were imported from countries that had better access to ingredients, more Korean companies started producing them themselves or partnering with others to produce them.

The Maeil Corporation, known for its dairy products, chose the latter method. In April 2015, it partnered with Blue Almond, an almond manufacturer, to produce Almond Breeze in Korea. Business actions like these have played a great role in increasing the availability of vegan products at convenience stores.