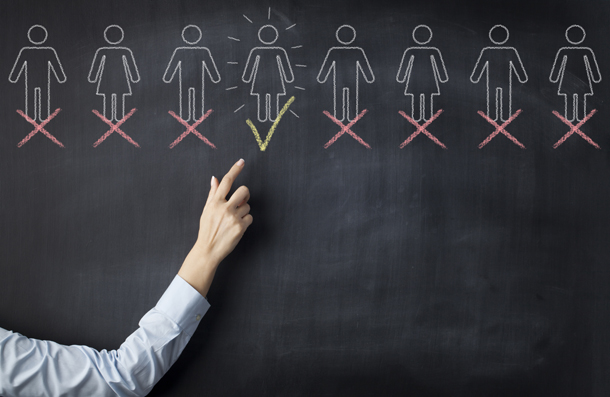 A month has passed since the government announced a plan to implement a so-called blind hiring system that removes job applicants’ personal information, including the name of the university they attended, their place of birth and other credentials unrelated to the job from their applications, but groups who believe they’ll be losers in the process, such as graduates of the country’s prestigious colleges, are crying foul over the plan.

Korea’s job market has long evaluated applicants based on credentials known collectively as “specs.” Competition to acquire specs has intensified so much that students even gun for credentials unnecessary for the job. These can include exams testing a range of knowledge from proficiency in languages to Korean history.

Even one’s social standing, such as the occupation of family members and birthplace, can be considered specs.

The government’s guidelines for blind hiring, released on July 5, would apply to over 300 state-owned companies nationwide, but the plan has been met with criticism from job seekers at prestigious schools who see it as a form of reverse discrimination.

“I understand that the intention of the policy is to compare candidates without partiality, but I think a person’s academic background is indicative of his or her endeavor over the years” said Mr. Hwang, a 27-year-old student from Chung-Ang University in Seoul who is currently looking for a job at a state-run company. (Chung-Ang University is one of Korea’s top schools.)

“Some people may have ended up at less prestigious universities due to bad luck or personal circumstances, but again, I think they can more than compensate for that while in school, which a person’s GPA is reflective of,” said Ms. Noh, who attends the University of Ulsan. “But since GPA will also be removed from the hiring process, I am not sure what will really show how hard a person has worked in the past.”

Hwang, who is originally from Daejeon, may be facing another type of discrimination if he wants to land a job in the public sector in his hometown. Daejeon is the headquarters for many major publicly-held companies like Korail, operator of the country’s train network, and under the new guidelines, a state-run company must hire a certain number of candidates who attended universities in the region where the company is located. Since Hwang went to school in Seoul, he will not be given the privilege even if he applies for a job in Daejeon.

The government’s hurriedly introduced guideline has confounded some companies. With second-half hiring fast approaching, the government has yet to provide a detailed plan for the process, though it has said a decision will be made sometime this month. As a result, some companies have yet to finalize their hiring plans for the second half. Most of them only have about a month or less before they have to make official recruitment calls.

“We haven’t been able to create a detailed plan for second-half hiring,” said a source at the Korea Electric Power Corporation, one of the most desired workplaces in the public sector. “Without detailed guidelines from the government, we are not even sure how many people we will hire this time because there are other job-related policies that the government is pushing for such as turning temporary workers into permanent employees.”

From specs to skills

Human resources specialists say that job-related experiences, including those outside school, will receive much more credit under the new process. One method the government is expected to use is called the National Competency Standards, which were developed in 2010 to assign proficiency in various industry-specific skills. Most state-run companies have been using these standards since 2014.

Some private companies have developed hiring systems of their own that put a bigger emphasis on job capacity instead of superficial specs. Conglomerates like Lotte and Shinsegae have held audition-like hiring sessions in the past. The companies require applicants to prepare presentations on particular subjects or fulfill certain missions related to the job.

One of the first to adopt a blind hiring system in the private sector was pharmaceutical giant Dong-A Socio Holdings. Last month, the company conducted a recruitment call based on blind hiring through which 41 interns were selected. Those with good performance in the following four months will be offered permanent positions. It was the first time Dong-A changed its application process since 1959 when they first held open recruitment.

“A lot of information that was available before had to be closed this time, so assessing the candidates’ capacity solely based on work-related certificates and cover letters was quite a difficult task,” a human resources manager at the company said.

“Major companies already have a database in which applicants with prior experience later turn out to stay longer and work better at their companies,” said Lee Hyeong-kuk, a professor at Sangmyung University’s College of General Education. “The information that would be excluded in ‘blind hiring,’ including the school where applicants attended, are old qualifications that have been proven to lack direct relation to an employee’s performance in the workplace.

“For those who worked hard to enter prestigious schools, leaving the information out may seem like reverse discrimination,” the professor said. “But from another perspective, university entrance is an effort made during one’s teen years, five to seven years before they apply for a job. If somebody worked hard to work for a specific industry or job position by other routes after entering university, they shouldn’t be disregarded for their teen years.”

Human resources specialists advise blind hiring applicants to decide on their prospective field of work as early as possible and find experience, either job training, part-time work or certificates, that will prove their long-term interest in the position.

“Since public companies have received the government’s push much earlier, a lot of them have uploaded job descriptions on their websites that demonstrate the knowledge, skills and attitude they expect from future employees,” said Lee Seong-hoon, manager of the National Competency Standards consulting team at the job site Saramin. “More public companies are preparing to upload such information this year so my advice is to take a look at these descriptions and look for experience that will prove the qualities mentioned.”