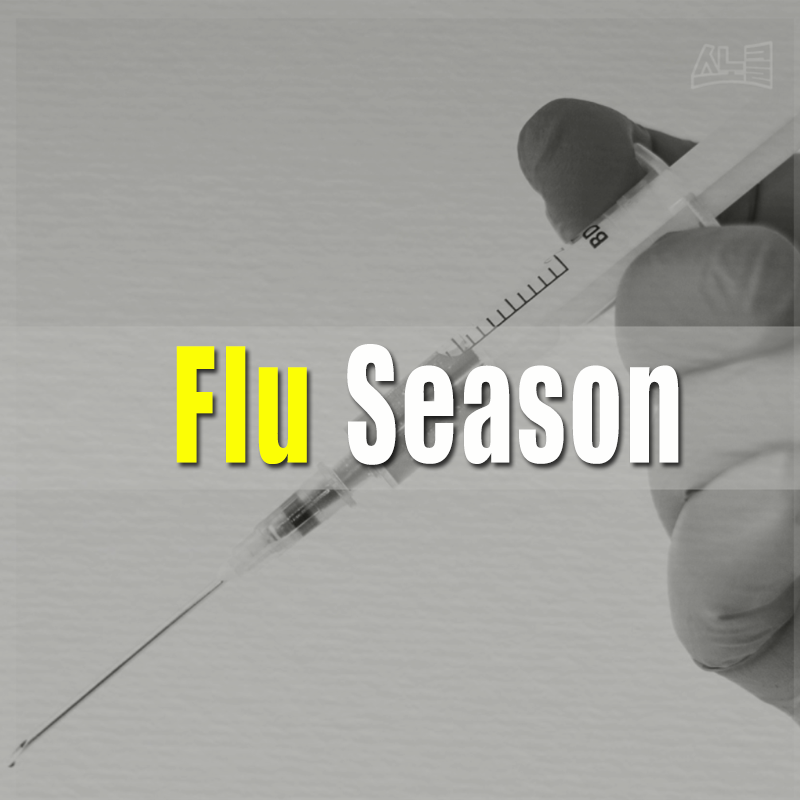 1) “The flu that is prevalent these days is particularly strong. I’ve gotten the flu shot, but I’ve been sick since last November.”

2) The number of patients suffering from the flu has reached its peak for the season, and hospitals and clinics are treating many flu patients.

3) One of the reasons why this year’s flu is prevalent is because a common type can’t be prevented by vaccination.

5) This year’s flu season may last for a long time.

6) Coughing around others helps spread the flue.

7) “One of the employees at our company used to cough constantly, but he never wore a mask. Because of that, every person at our company was infected.”

9) “One lady was coughing and sneezing without covering her mouth in public place. Thanks to her, I was sick for a whole week. I thought I was going to die soon.”

10) Symptoms of the influenza virus appear five days after being infected. Usually, the virus spread through patients’ bodily fluids that come out while coughing or sneezing.

11) After one cough, patients’ saliva that contains the virus can reach 2-3 meters.

12) The hands of those who have the virus, if they use them to cover their mouths, are also contagious.

13) Although health officials have told people to stop coughing and sneezing carelessly in public places, many still do it.

14) Wear a mask.
- Although it might be uncomfortable, it is the best way to prevent the spread of the flu. Felt masks are better than gauze masks.

16) In case you might have something on your hands after coughing, wash your hands for more than 30 seconds with soap or use an alcohol-based hand sanitizer.

17) If you have symptoms like coughing or sneezing, be careful when in public.

18) The flu can be curtailed with considerate behavior.