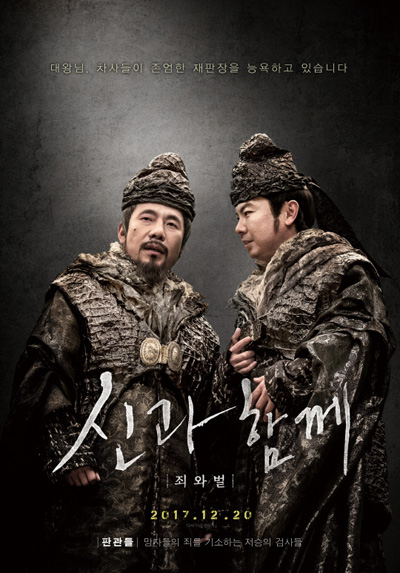 Two stars of the follow-up to the December mega-hit “Along with the Gods: The Two Worlds” will be completely edited out of the film when it is released later this year.

With actor Oh Dal-su being accused of sexually harassing women and releasing an official apology, the director and production staff of “Along with the Gods 2” were left to make a choice about the future of the movie.

Another actor in the film, Choi Il-hwa, has also found himself embroiled in the recent wave of accusations coinciding with the Me Too movement.

After long discussions, the film studio decided to edit both Oh and Choi out of the movie and re-film both of their parts.

Oh plays an afterlife prosecutor in the film, along with Lim Won-hee. Choi’s role in the film is unknown.

The changes will require the studio to find replacements for Oh and Choi in order to re-shoot scenes as well as rebuild the set, which will increase production costs.

Meanwhile, Oh has three other films that have all wrapped. Oh plays lead roles in all three movies, which include “Next Door Neighbor,” “I Want to See Your Parents’ Face” and “Control.”