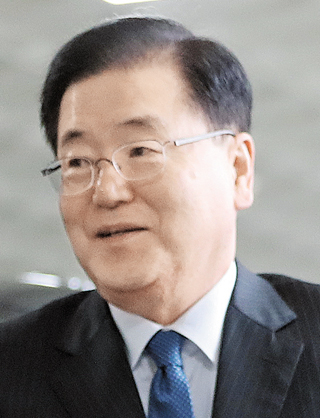 WASHINGTON - Since last year, the United States has been aware of North Korea’s intent to resolve the nuclear crisis through a summit, a diplomatic source told the JoongAng Ilbo on Monday, contradicting the idea that U.S. President Donald Trump impulsively decided to meet with North Korean leader Kim Jong-un.

“Using its own channels between the United States and the North, Washington detected last year Pyongyang’s idea that only a summit can resolve the issues,” said the source. He added that the North was persistent with the idea of a “top-down” approach and the U.S. leadership, including Trump, was frequently briefed about the situation.

Washington, however, didn’t pursue the idea of a meeting because it was implementing its “maximum pressure” campaign and because it was unsure of Pyongyang’s authenticity. The United States, therefore, decided to wait until North Korea offered talks.

“The United States believed that the appropriate timing would come when the North felt unmanageable pressure,” he said.

After the North decided to participate in the PyeongChang Winter Olympics, Washington and Pyongyang began secret contacts, around Jan. 20, the source said.

The contacts became more active after the Central Intelligence Agency (CIA) got information that the North wanted to have a meeting with Vice President Mike Pence on the sidelines of the opening ceremony in February. The State Department was completely excluded from the process, the source said.

Although the North initiated a meeting between Pence and Kim Yo-jong, the younger sister of leader Kim Jong-un, who visited the South as a special envoy for the Games’ opening ceremony, it called off the meeting just two hours before it was to start. 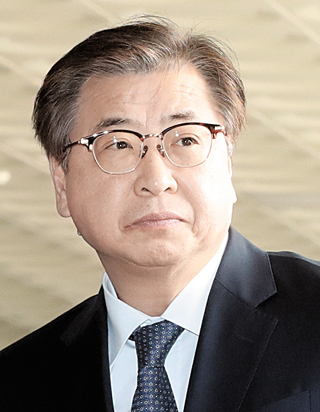 “The media reported that Pence’s visit to the Cheonan memorial and his announcement of a plan to impose additional sanctions were the reason of the cancelation, but the North didn’t really care about those issues,” said the diplomatic source.

According to him, Pence’s snub of the North Korean delegation at a welcome reception and the opening ceremony was the key reason.

“They were worried that a meeting would end badly,” he said. “They called it off after receiving an order from Pyongyang late at night on the eve of the scheduled meeting.”

The source explained that the cancellation was not a rejection of talks with the United States, but a decision to spare Kim Yo-jong an embarrassing position.

According to the source, Trump was already aware of Kim Jong-un’s desire for a summit before South Korean envoys led by Chung Eui-yong visited the White House on March 9 to deliver the North Korean leader’s invitation. Chung visited Pyongyang and met with Kim on March 5 and came to several agreements, including the holding of an inter-Korean summit in April and moratorium on nuclear and missile tests during talks with the United States.

Before his arrival in Washington, Chung informed H.R. McMaster, White House national security adviser, about the offer of a summit and intelligence agencies of Seoul and Washington also exchanged information, the source said.

“Many already knew what Kim’s message would be,” the source said. “But no one knew that Trump would make public his decision right away. Trump was probably waiting for this moment since his inauguration.”

“After the 45-minute meeting in the Oval Office, Chung and McMaster had a follow-up meeting to discuss the specifics of the announcement,” a source who asked for anonymity told the JoongAng Ilbo. “During that meeting, the two sides decided to use the term “by May” to indicate that the North-U.S. summit would come after the inter-Korean summit.”

Another official said Trump, too, believes that a “top-down” approach is necessary for the United States. “Just like the North, Trump will draw the line for negotiations first, and other officials will follow,” he said. Because of the two leaders’ styles, Washington and Pyongyang are not likely to send special envoys to deal with each other before the summit, he said.

The diplomatic source also denied that Chung delivered an additional message from Kim to Trump unrelated to the summit proposal. “There is media speculation about the North’s strong desire for a peace treaty, to normalize ties with the United States and establish a U.S. embassy in Pyongyang, but they were not part of the message,” he said. “Some also said the message was about releasing three American citizens detained in the North or about the North’s freeze of the intercontinental ballistic missile program. But it wasn’t that either.”

CIA Director Mike Pompeo told U.S. media Sunday that Trump is aware of the North’s history of making empty promises and understands the risks of sitting down with Kim. “The president isn’t doing this for theatre, he is going there to solve a problem,” the spy chief told Fox News Sunday.

Asked about the agency’s personality profile on Kim, Pompeo said, “So, we know a fair amount about him. We know that he is rational in the sense of the response to stimulus. We have seen this. We’ve watched this administration apply pressure, and now, we’ve watched him come to the negotiating table.”

He said Trump’s pressure on the North should be credited for the developments. “The president…put enormous pressure on the North Korean economy and on the North Korean leadership,” he said. “That gave us this opportunity where Kim Jong-un now has committed to stopping nuclear testing, stopping missile tests, allowing exercises to go forward, something that has been incredibly contentious in the past and at the same time saying that the denuclearization - complete, verifiable, irreversible denuclearization is a topic for discussion.

“And that’s when Kim Jong-un said, ‘I’d like to meet with the president.’ The president made the decision it was the right time to begin that conversation,” he said.

Meanwhile, South Korea continued Monday its domestic and diplomatic efforts to deal with the dramatic developments. At a meeting with senior Blue House secretaries, Moon stressed the importance of the upcoming two months, describing a “precious opportunity."

“Only the people’s support will lead us to success against unpredictable outside factors,” Moon said.

Moon also sent Chung to China to brief its leaders on the latest developments. Chung was scheduled to meet with Chinese President Xi Jinping Monday afternoon and travel to Moscow on Tuesday. Suh Hoon, National Intelligence Service director, left for Japan and will meet with Japanese Prime Minister Shinzo Abe on Tuesday.