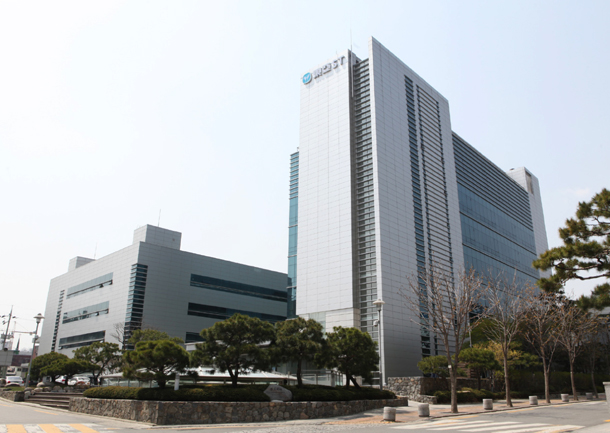 Dong-A ST hopes to expand in global markets with its strength in research and development. [Dong-A ST]

As a result of such investment, the company has developed new medicine and achieved a pipeline to markets abroad.

In 2007, the company earned approval to sell the super antibiotic Sivextro in the United States and Europe. Now, the company is engaged in three global clinical trials to add indications for pneumonia. The antidiabetic Suganon is under trial in Brazil, China, India and Russia.

The company has also exported technology as well. This year, Dong-A ST signed a transfer contract with NeuroBo Pharmaceuticals in the United States for the diabetic neuropathy medicine tentatively known as DA-9801 and a degenerative neurological treatment labeled as DA-9803.

DA-9801 is a natural medicine with balsamic and neurogenesis effects, and DA-9803 is a treatment for Alzheimer’s. It is a natural drug that inhibits the production of beta amyloids, increases neurotransmitter counts and has the effect of protecting nerve cells.

The company also plans to research materials and conduct joint searches for substances that can be used in immune system drugs. All intellectual property and patents from the research will be jointly owned.

It has also signed a contract with ABL Bio to develop new double-insulated drugs and new technologies. Under the contract, Dong-A ST will have a global stake in the pipeline of new dual-injection drugs from product development to clinical trials.