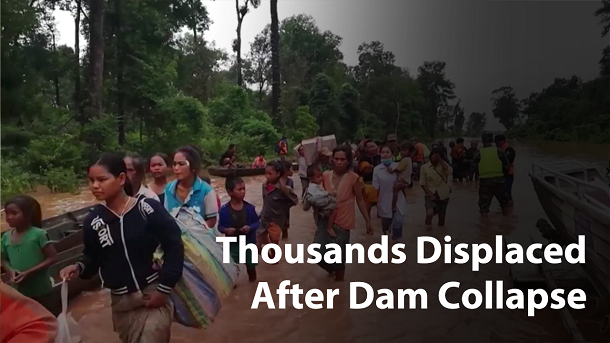 1) Multiple casualties and several hundred people were reported missing after an auxiliary dam being built by SK Engineering and Construction (SK E&C) for a hydropower plant collapsed in Laos.

2) The Lao News Agency (KPL) reported that five billion cubic meters (175 billion cubic feet) of water were discharged from a dam on July 23 in the San Sai district of Attapeu Province.

3) According to the KPL, six towns were flooded, many were killed and hundreds of people reported missing.

4) The press reported that around 1,300 households and 6,600 people have fallen victim to the flood caused by this collapse.

5) The collapsed dam was still under construction by the Xe-Pian Xe-Namnoy Power Company (PNPC) at the time of the accident.

6) According to reports, PNPC is a joint venture formed in March 2012 by SK E&C, Korea Western Power and other related companies. It was planning to enter commercial operations this year.