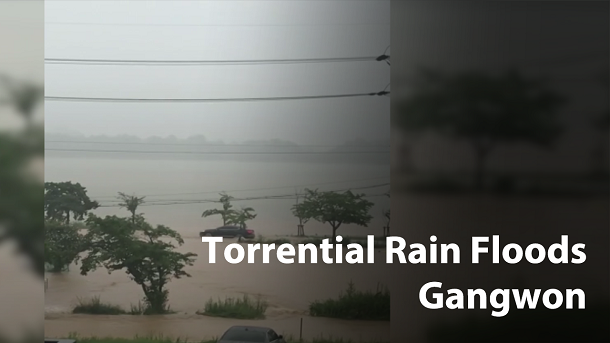 2) According to the Korea Meteorological Administration, 93 millimeters (3.6 inches) of heavy rain fell in Gangneung, Gangwon, from 3 a.m. to 4 a.m. on Aug. 6.

3) This rainfall is the second highest following the record 100.5-millimeter per hour rainfall in Aug. 31, 2002, during Typhoon Rusa.

4) As the rain flooded the waiting rooms at the KTX station in Gangneung, workers came out with wooden shovels to remove the water.

5) The flooding was so bad that passengers had to wade through the water as they waited for their train.