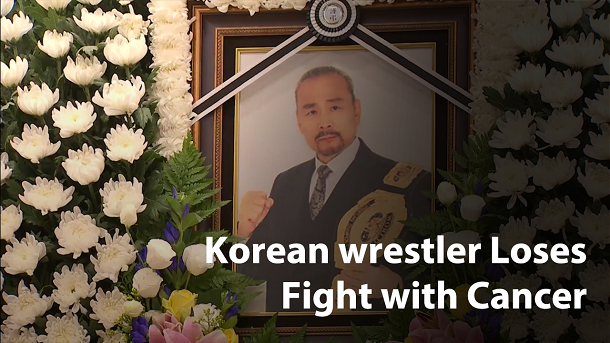 1) Lee Wang Pyo, known as the godfather of Korean pro wrestling and head of the Korea Pro Wrestling Association passed away at 8:48 on Sept. 4 at the age of 64.

2) Lee was diagnosed with gall bladder cancer in 2013. He underwent an eight-hour surgery and recovered to live an active life.

3) Lee officially resigned in 2015 at Jangchung gymnasium. But the cancer returned, and after a lengthy treatment Lee finally passed away.

4) The funeral will take place in Seoul’s Asan Hospital, and the coffin will be carried out on Sept. 8. Lee will be buried in Changha Park in Ilsan.