Sandwiches catch on in Korea: The bright flavors of banh mi and delicate softness of Japanese-style katsu sando are big hits, especially among the young

Sandwiches catch on in Korea: The bright flavors of banh mi and delicate softness of Japanese-style katsu sando are big hits, especially among the young 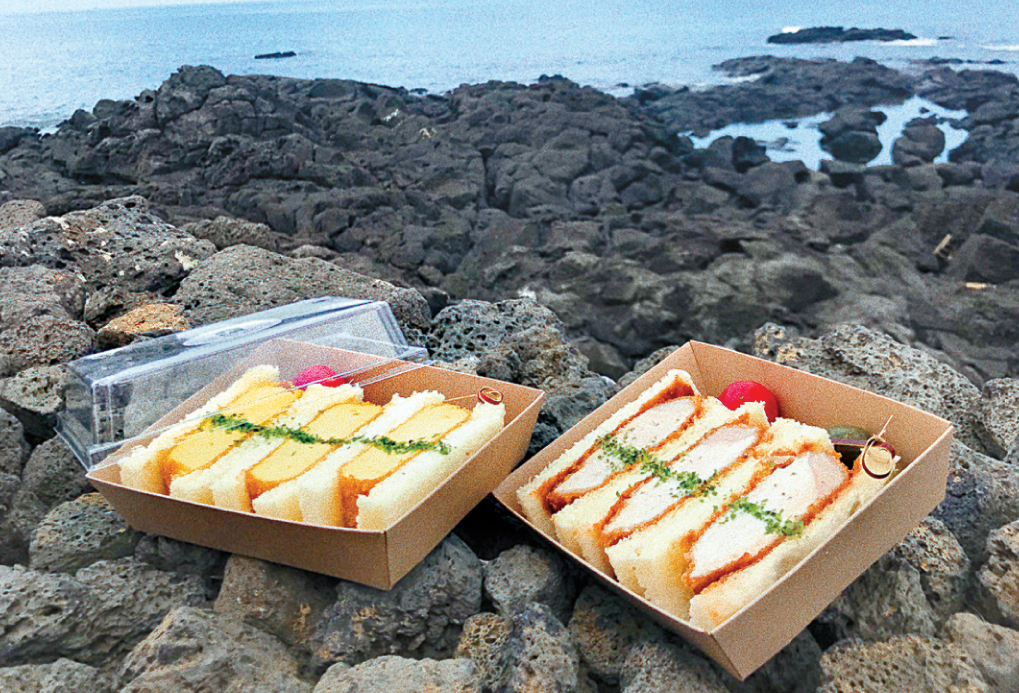 
Anyone who’s gone for a lunch break in a busy Seoul office district will know that sandwiches are one of the most popular choices for Koreans. Recently, gourmet sandwiches with pricey foreign ingredients and exotic flavors have burst onto the food scene.

All sorts of sandwiches, though, are growing in popularity. There are now more than 300 Subway sandwich shops across Korea, up from just 70 in 2013. McDonald’s, on the other hand, has been closing Korean branches.

Johncook Deli Meats, a store that specializes in meat like jamon and sausages, launched its own sandwich store called SandwiMeat in 2016. The shop has been a success, and Johncook expanded SandwiMeat into a franchise this June.

Hotels are also rushing into the sandwich market. The Park Hyatt Seoul Hotel in southern Seoul, introduced a Roman-style trapizzino to its menu. The hotel’s sandwiches are also available on the Uber Eats delivery service app.

The sandwich originated as a convenient meal people could eat without the need for cutlery. In European countries, it has long been common to slap sliced meats and other fillings between bread for a quick meal.

Many Koreans were introduced to sandwiches in the 1970s and 1980s through the sarada sandwich, which is made with eggs, potatoes, mayonnaise and ketchup. Other varieties, such as ham and cheese, soon followed, but they were mostly treated as quick snacks rather than full meals. 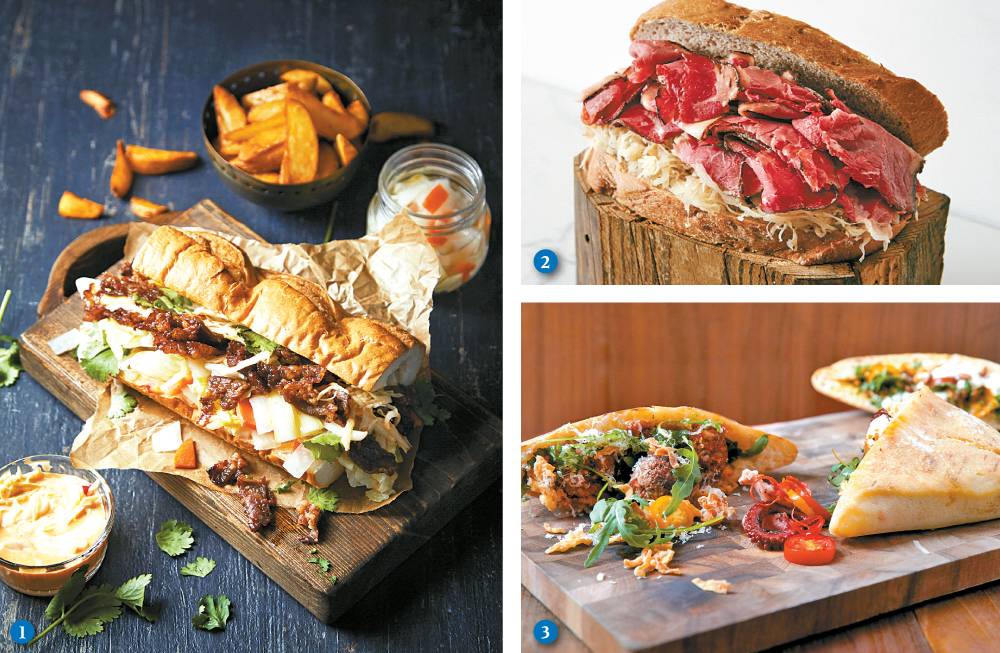 These days, plenty of Koreans eat sandwiches for full meals, though, and there’s a huge variety of sandwiches on the market. As Koreans have opened up their palates to the world, their taste in sandwiches has grown ever more sophisticated.

Among young office workers, sandwiches are often one of the first things that come to mind when they are looking for a quick bite. Busy business districts are filled with sandwich shops, and many of them are open for breakfast.

“Our market research told us that there was a high demand for breakfast foods [in this area] because there were so many office workers in Gwanghwamun Square. Middle-aged workers are usually looking for gimbab [seaweed rice rolls] or toast as their breakfast whereas people in their twenties and thirties looked for sandwiches,” said Kim Eun-jo, an editor at the Blue Ribbon media group. The company recently opened Blue Rabbit, a sandwich shop, in Gwanghwamun Square, central Seoul. “This is why we decided to target the younger generation by offering soft croissant sandwiches and sweet and salty grilled cheese sandwiches that were covered in maple syrup,” Kim added.

“The demand for the gourmet sandwich has grown with the growing number of [customers like] single-person households or anyone in general who is looking for a sandwich as a meal substitute,” said Yang Hwee-ji, a product buyer at Hyundai Department Store. “As the public started to give its attention to gourmet sandwiches, it has focused on different varieties like the banh mi and sando [Japanese-style sandwich].”

The Japanese sando is attracting the most popularity these days. The pork cutlet katsu sando and the soft and moist egg tamago sando are two common menu items at hot cafes and restaurants.

Trendy brunch restaurants like DOTZ and Sundance Place in Itaewon, central Seoul, are well-known for their katsu sandos, which feature thick pork cutlets and soft bread.

DangOk, a Japanese dessert cafe in Garosu-gil, southern Seoul, and Maum and Maum in Hannam-dong, central Seoul, all serve a soft and moist egg tamago sando. Sandowich, a food truck on Jeju Island that sells Japanese katsu sando sandwiches, recently opened a pop-up store at the Hyundai Department Store in Pangyo, Gyeonggi. The small pop-up store’s sales are equivalent to those of a full-sized retail store.

The Westin Chosun Hotel Lounge and Bar in central Seoul also offers a katsu sando, which is a favorite of customers in their thirties and forties. They usually order it for a light meal or for a snack to go with drinks.

The Vietnamese banh mi sandwich is also growing in popularity. The banh mi is a baguette with a thin crunchy crust filled with roast pork, pate, ham, headcheese or chicken, a generous sprinkling of cilantro leaves and a few dashes of Maggi sauce.

Le hoi, a Vietnamese restaurant in Itaewon, is famous for its banh mi. Lie Lie Lie, located Yeonnam-dong, western Seoul, bakes their own baguettes and lets customers choose the kind of meat and vegetables they want in their sandwich. After choosing, the employee’s torch the meat until its cooked for a charred flavor. Emoi, a Vietnamese franchise restaurant in Korea, recently opened Banmeoi, which specializes in bahn mi. BunChaRaBoom, a different chain, set itself apart from other restaurants by selling baguettes made out of rice.

Traditional European sandwiches are also rising in popularity with the growth of charcuterie specialty stores like SandwiMeat and Thursday Stuffing, which serve up heavy portions of meat in their sandwiches. Thursday Stuffing sells ciabatta sandwiches that include store-made salami and pate.