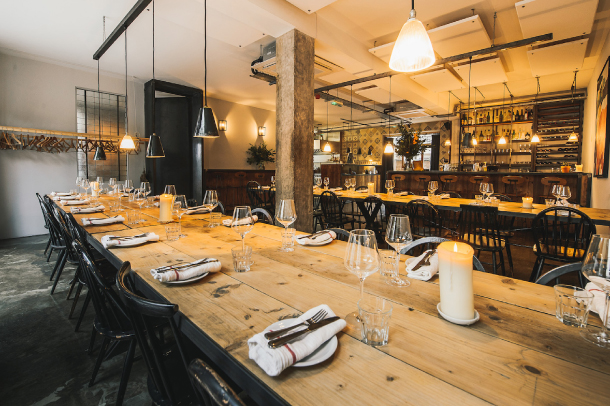 Restaurant Carousel, above, is where chef Suhyung Lee and pastry chef Yujung Kim, pictured left, are set to serve their version of Korean food at a pop-up dinner event that lasts until Saturday. Some of the dishes included in the four-course meal are shown above, a scone and beef tartare. [CAROUSEL]

An exchange of culinary talents is not only reserved for big-name Michelin-starred chefs from different culinary backgrounds. Korea’s rising culinary stars have been knocking on the doors of European restaurants seeking opportunities to hold pop-up events in order to show the diversity of Korean food, moving beyond well-known dishes such as bibimbap (rice mixed with vegetables) and bulgogi (grilled marinated beef).

Suhyung Lee and Yujung Kim, who worked together to set up the food menu at a new restaurant in Busan planned by one of Korea’s best known makgeolli (rice wine) houses Boksoondoga, have turned their attention to a different continent. After Boksoondoga F1963 in Busan opened in July, the chefs planned their way to Europe. The two are doing pop-up dinners until Saturday at the restaurant Carousel in London. The four-course meal will be served for 39.50 British pounds ($51.43) per person.

Chef Lee already has experience working in kitchens in Europe, including some Michelin three-starred restaurants like El Celler de Can Roca in Girona, Spain, as well as L’Astrance in Paris. He has also explored the culinary scene elsewhere in Asia while working at Restaurant Andre in Singapore, which has since closed. Pastry chef Kim previously worked at Mingles, which has gotten Michelin one star and is ranked No. 15 in Asia’s 50 Best Restaurant list, the highest rank of the Korean restaurants on that list.

The two talents, who moved to London early this year to seek opportunities to study and work more, wanted to check how ready Londoners were for food prepared by two Korean chefs. They knocked on doors of many different restaurants and found Carousel, which opens its kitchen to guest chefs for its dinner service. While the restaurant serves lunch with its own kitchen staff, it also invited chefs to take turns making the dining experience more diverse for visitors.

“We wanted to present something like Korean food, although the result we put on the plate may not be seen as traditional style Korean food,” Kim said to the Korea JoongAng Daily as she was getting ready for the pop-up.

“The food scene in London is much more diverse than what most people think, and I want people to think of our food as something that makes the scene more interesting.” 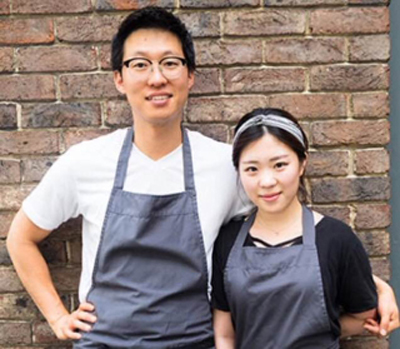 The four-course meal includes some modernized versions of traditional delicacies that often served at Korean restaurants.

Beef tartare alongside seasonal bean salad and anchovy is inspired by the Korean dish yukhoe, raw beef usually lightly marinated with sesame oil and others, and Korean barbeque pork belly with gochujang (hot pepper paste) glaze is also the modernized version of jeyuk bokeum, pork marinated and grilled in spicy gochujang sauce. For those who want more, they have bibimbap with soy-pickled prawn, a rice dish that is normally served with meat.

The pop-up dinner lasts until Saturday. Reservations can be made at http://www.carousel-london.com/suhyung_lee.html.