[FICTION VS. HISTORY] The fact and fiction in ‘Mr. Sunshine’ : Historical sweep is captured but some anachronisms and motivations irk viewers

[FICTION VS. HISTORY] The fact and fiction in ‘Mr. Sunshine’ : Historical sweep is captured but some anachronisms and motivations irk viewers 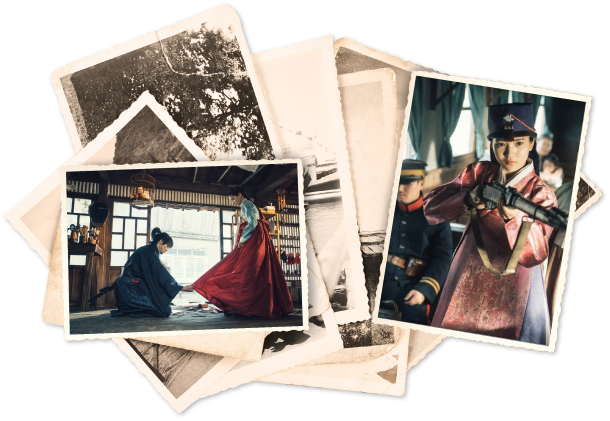 Below are scenes from the blockbuster period drama “Mr. Sunshine,” which is set in Korea in the late 1800s and early 1900s before the Japanese occupation..[SCREEN CAPTURE, TVN]

On both the silver screen and television, the historical drama has never gone out of style. Fans of period dramas, both here and abroad, like to be transported to a different time and learn about the high dramas that swept up - or were put in motion by - our ancestors. Some like to see continuity with the past. Others like to see progress. Foreign Korea-philes may believe they can get a crash course in Korean history from such films. But all historical dramas create characters, add love stories, and conflate or invent events to make sure viewers don’t lose interest. Through “Fiction vs History,” the Korea JoongAng Daily attempts to distinguish fiction from fact in popular period dramas and films for clarification and to dispel any misunderstandings.

In 1875, on the second day after Ko Ae-shin’s birth in Japan, a plot by Korea’s Righteous Army to assassinate the pro-Japanese collaborator Lee Wan-ik fails. Ko’s parents, who were involved in the plot, are killed by Lee. Swaddled in a blanket, baby Ko is sent back to Joseon by her parents’ comrades to her grandfather, who was once King Gojong’s teacher. Ko grows up as a noble lady, but with the patriotic genes of her parents; she trains to become a sniper and eventually becomes a member of the Righteous Army, an irregular guerrilla army that was formed to fight the Japanese. 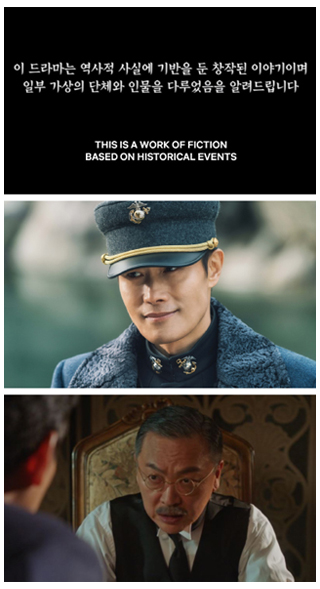 From top: Beginning in the fifth episode, the producers tell viewers that they are watching a “fiction based on historical events”; Eugene Choi, played by veteran actor Lee Byung-hun; pro-Japan collaborator Lee Wan-ik, played by Kim Eui-seong.[SCREEN CAPTURE, TVN]

In the autumn of 1875, not long after Ko’s return to Korea, the Battle of Ganghwa takes place. It was an example of the gunboat diplomacy used by Japan to enter the Korean peninsula.

Ko, played by Kim Tae-ri, is a fictional character created by the celebrated writer Kim Eun-sook to help tell this story in “Mr. Sunshine,” which recently wrapped up its 24 episodes with high ratings both on local television and on Netflix. Since this is historical fiction, some of the characters and stories are made up, and some are based on historical fact. Distinguishing fiction from fact would not be that difficult for Koreans, who have been educated in the history. It’s not as easy for outsiders.

In the drama, Ko’s parents - members of Korea’s Righteous Army - went to Japan before the outbreak of the Battle of Ganghwa to promote the anti-Japanese movement in Japan. But in fact, Japan’s pillage of Joseon began after the Battle of Ganghwa, stimulating the uprising of such patriotic groups as the Righteous Army in Korea. Experts say systematic action by the Righteous Army started after Japan’s assassination of the Empress Myeongseong, in what is known as the Eulmi Incident in 1895. Moreover, during the time that Ko’s parents were in Japan in the drama, it would have been difficult even for tradesmen, let alone common people like Ko’s parents, to go to Japan; exchanges between the two countries had been cut off.

Such advancing of the timeline may have helped the producers dramatize the story. But historians argue that it seems like an unnecessary historical tweak that weakens its credibility.

The drama, which is set in Korea in the late 1800s and early 1900s before the Japanese occupation, is a wartime love story between a Korean-born U.S. Marine named Eugene Choi, played by Lee Byung-hun and Ko.

Male character Koo Dong-mae, played by Yoo Yeon-seok, was initially described as a low-class butcher boy from Korea who grows up to be a member of the notorious Gen’yosha of Japan, an influential ultranationalist group. He returns to his motherland Joseon by becoming the leader of the group’s branch, the Black Dragon Society in Hanseong, which was the capital city of Joseon. It is a historical fact that Gen’yosha is suspected of launching a task force team in Korea for a future invasion and was involved in the assassination of Empress Myeongseong.

However, the fact that Koo directed brutalities against Korea angered many Korean viewers. In the drama, he is portrayed as a poor Korean boy who was abandoned by his own country and had no choice but to feel the thirst for revenge.

“It seems like the drama is saying that there was a reason why the Black Dragon Society was so merciless against Koreans,” wrote one netizen on broadcaster tvN’s website.

Some people even took the issue to the Blue House, submitting a petition on July 16, arguing that such historical distortion should be regulated. They claimed that the drama is being aired on Netflix, raising the risk that foreigners may misunderstand the history of Korea and the Japanese invasion. In response, the drama’s production team issued an apology stating that they had no intention to “romanticize the pro-Japanese stance,” and that the team had decided to modify the entire character in later episodes. From Episode 5, the Black Dragon Society was given a fictional name and a notification was shown at the start of each episode that said, “This is a work of fiction based on historical events.”

Left: The photograph of the Righteous Army taken in 1907 by journalist Frederick McKenzie. Right: The scene as reenacted in the television drama. [KOREA’S FIGHT FOR FREEDOM, SCREEN CAPTURE]

The drama did end on Sept. 30, however, by shedding light on the real Right-eous Army of Korea. A scene was based on a black and white photograph of the Righteous Army, many nameless people who fought for the country, taken in 1907 by Frederick McKenzie, a writer and war journalist who worked for the London Daily Mail. The photograph is familiar to most Koreans because it is in history textbooks. The episode also stayed true to history, using quotes from McKenzie’s interviews such as, “We know that all of us are bound to die if we continue this fight. But we’d absolutely hate to live as Japanese slaves. We’d much rather die as free men.” Eugene Choi brings the foreign journalist to the Righteous Army, which agrees to the interview and to being photographed in the belief that the world should learn about its righteous struggle. That photograph is, in fact, the only existing photograph of Korea’s freedom fighters.