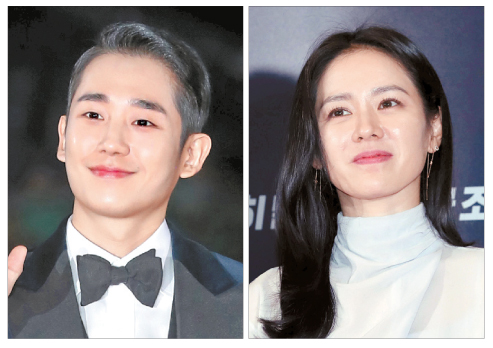 Actor Jung, who won in the male drama category, rose to stardom earlier this year in the JTBC series “Something in the Rain,” which aired from March to May.

Actor Son, who appeared in the same series, was voted most popular female actor in the film category. She has appeared in a number of popular films this year, including “Be With You,” and most recently, “The Negotiation.”

Singer-actor Do from boy band Exo, was voted most popular male actor in the film category. He has gained praise for his roles in “My Annoying Brother” (2016) and the “Along With the Gods” series (2017 and 2018.)

Seo, who is also known as Seohyun from the K-pop idol group Girls’ Generation, was voted most popular female actor in the drama category for her role in the popular KBS drama “Time,” which wrapped last month.

The winners of the rest of the awards, including the Hallyu Artist Award, Special Acting Award and the Grand Prize, will be announced at the ceremony.