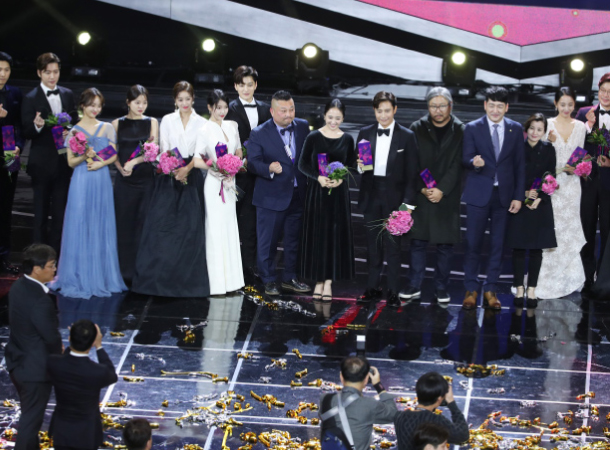 An array of stars took to the red carpet for the second edition of the Seoul Awards on Saturday evening held at Kyung Hee University’s Grand Peace Palace, eastern Seoul, and some left with several trophies in hand.

“My Mister” dealt with an unlikely friendship between a 20-something woman and her colleague in his 40s. The actors’ immersive performances and emotional direction lead to it receiving much praise.

“The Spy Gone North” starring Hwang Jung-min, Lee Sung-min and Cho Jin-woong, has been hailed as creating a new type of Korean spy flick. The story is based on a true incident that took place in 1993, when a former South Korean military officer was recruited by the National Intelligence Service to infiltrate North Korea amid leaks that North Korea was developing nuclear weapons.

Meanwhile, the Best Actor and Best Actress Awards went to Lee Byung-hun for his starring role in the successful period drama “Mr. Sunshine” and Kim Nam-joo for “Misty” in the television series category. Ha Jeong-woo received Best Actor for “Along With the Gods: The Two Worlds” and Son Ye-jin won Best Actress for “Be With You” for the film category.

The Seoul Awards is the first Awards Ceremony here to select the winners by including the public as judges. According to the organizers, public votes account for 30 percent of the final decision in order to “reflect the public opinion in the awards ceremony.”