Seoul to get its own Herzog and de Meuron building

Seoul to get its own Herzog and de Meuron building 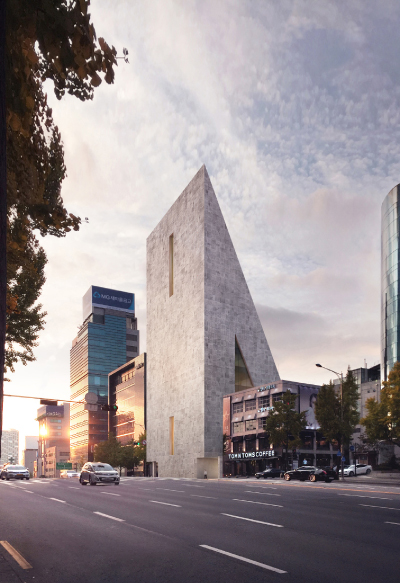 London’s Tate Modern may be famous for the works it has on display, but the artistic experience at the leading art gallery begins outside, by taking in the beauty of the architecture designed by Herzog and de Meuron (HdM). In 2021, Seoul will get its HdM masterpiece, with the construction of energy company Samtan’s new headquarters.

HdM, an architecture company founded in Basel, Switzerland in 1978 by Jacque Herzog and Pierre de Meuron - along with Christine Binswanger, Ascan Mergenthaler, Stefan Marbach and Esther Zumsteg - are behind “Project 473,” the 473rd architecture project carried out by the company.

As well as Samtan’s offices, the new building will house the SongEun Art and Cultural Foundation along with an art gallery that will take up three stories, which will give the culture foundation the biggest exhibit space it has so far.

According to Herzog and de Meuron, who met with the local press on Oct. 24 to give a presentation on the project, the construction is an astonishing choice “in a city which is so stamped by commercial life, surrounded by an ocean of contemporary architecture with no identity and coherent style,” said Herzog. 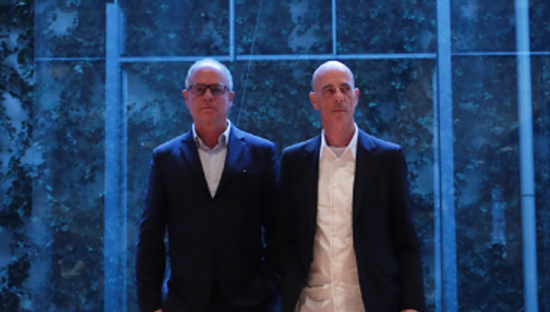 Contrary to the vast majority of skyscrapers sitting on the main road of Gangnam and other parts of the southern Seoul region which make excessive use of glass walls and square buildings, the new project will have concrete tiles to cover its facade, and the building will seem triangular when viewed from the side.

“We found the design, rather than made it,” said Herzog, explaining how the triangular shape came about. “With each site, you have regulations. Here we had the maximum height and the maximum footprint, which gave this sharp angle as a result of respecting the neighbors in the program.”

Many of the tiles, viewed close-up, will have patterns inspired by pine trees, honoring the SongEun foundation - the name SongEun means a hidden pine tree in Korean. The tiles will alternate between vertical and horizontal patterns and some will have no pattern at all, to give a soft and flowing texture to the exterior, which the duo referred to as “monolithic.”