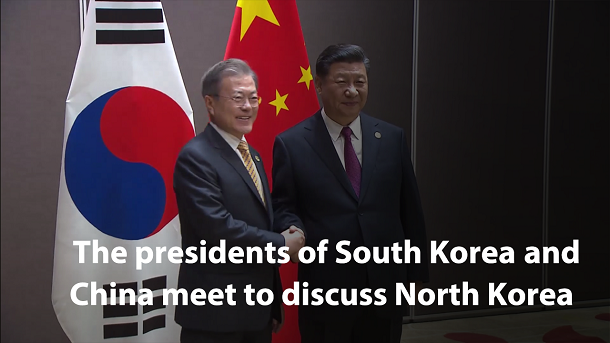 3) “This year, an unprecedented era of peace is opening on the Korean Peninsula. I thank President Xi for his efforts to bring progress to the situation by holding three China-North Korea summits.” - President Moon

4) “This year has been an important one regarding the situation on the Korean Peninsula and the relationship between South Korea and China.” - President Xi

5) “We have put a lot of effort and we have been able to yield great results.” -President Xi

6) During the 35 minutes, two leaders agreed that the second U.S.-North Korea summit and Chairman Kim Jong-un’s visit to Seoul will be important turning points.