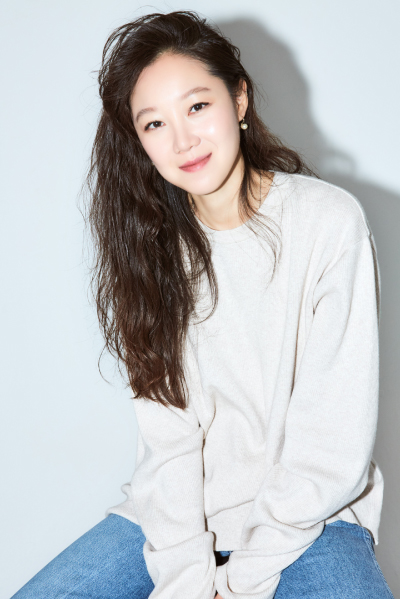 Women living alone are easy targets for crime. Headlines often tell horror stories about women being stalked or attacked by strangers who devise various ways to enter their victims’ home like sneaking through a small bathroom window. The upcoming film “Door Lock,” directed by Lee Kwon of “My Ordinary Love Story” (2014), is a horror movie that harvests that fear.

Starring Kong Hyo-jin, the movie is based on the Spanish psychological thriller “Sleep Tight” (2011). The Korean adaptation features Gyeong-min (Kong), a bank employee. As a temporary worker, she faces intense pressure to perform in order to get her contract extended, but her work life is ameliorated thanks to her colleague Hyo-ju (Kim Ye-won), who always backs her up.

As a woman living alone, Gyeong-min lives in constant fear of possible intruders. To create the impression that she does not live by herself, she hangs men’s underwear on the drying line and places men’s shoes at the door. But her efforts prove futile, and she experiences a series of events that threaten her security, like a stranger attempting to unlock her door in the middle of the night. She calls the police for help, but is not taken seriously. Instead, they tell her that they can only start an investigation after something happens.

Without the help of the police, Gyeong-min continues to experience unsettling occurrences.

“These days, so many unbelievable things are happening in real life,” said Kong during an interview held on Tuesday. “And what happens in the movie seems really plausible, which I think will make a strong impact.”

It was important for Kong that Gyeong-min not simply be seen as a woman being attacked by a man. Kong stressed that anyone placed in Gyeong-min’s shoes, regardless of their gender, could feel the same level of fear. 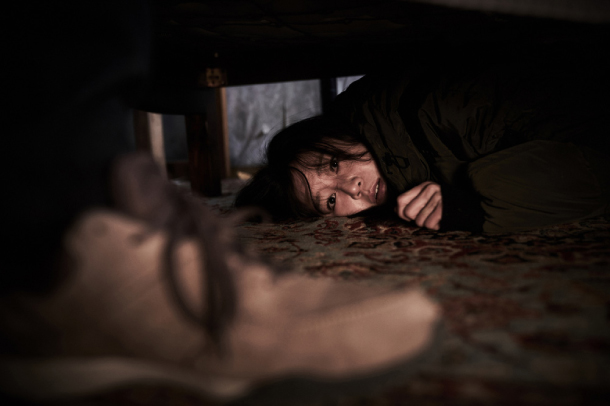 In “Door Lock,” Kong Hyo-jin plays a banker who faces a series of threats while living by herself. [MEGABOX PLUS M]

“The fear of being attacked does not just apply to Gyeong-min, but to anyone - whether a woman or a man - who lives alone. Even if the victim’s and the assailant’s genders were flipped, I believe the movie would still be just as frightening.”

As with many characters in horror films, Gyeong-min makes unconvincing choices that test the audience, like willingly walking into the house of a potential criminal. But Kong tried her best to win over the viewers by continuously questioning what she would have done in real life if she were Gyeong-min. The director took many of her suggestions seriously.

“I think I demanded a lot from the director,” Kong said. The director originally planned to take the movie to extremes, with scenes of the villain burning alive, but Kong tried to keep the story down-to-earth. “I guess the actions and attitudes of Gyeong-min reflect my actual thoughts,” she added.

Unlike many characters that Kong has played in the past - like the red-faced high school teacher with a strong sense of inferiority in “Crush and Blush” (2008) and a mysterious Korean-Chinese nanny in “Missing” (2016) - Gyeong-min is quite average.

“Since Gyeong-min is very ordinary compared to other characters I have played, I constantly questioned myself on set.”

Though Kong did not necessarily feel comfortable about the role and the genre (“Door Lock” is her first horror film since her 1999 debut), she felt it was the right decision.

“Pushing the boundaries and venturing outside familiar areas is very important because I realized that repeatedly working on the genres that I prefer could limit my acting range. I have to continue taking on challenges in order to not feel awkward acting in different genres.”

Co-starring Kim Sung-oh, “Door Lock” is scheduled for release on Dec. 5 and is rated 15 and above.