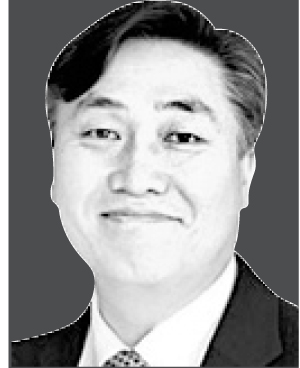 Chung Bum-jin
The author is a professor of nuclear engineering at Kyung Hee University.

A special energy committee meeting was held at the National Assembly last month. Lawmakers from rival parties held heated discussions on the government’s plan to phase out nuclear reactors across the country. They backed their arguments on factual grounds, but with very different motives: they cherry-picked data selectively to support their claims.

In a referendum conducted during the mayoral and gubernatorial elections on Nov. 24, Taiwanese chose to nullify a legal clause to unplug nuclear reactors, with 59 percent voting for keeping reactors despite the risks of their earthquake-prone home geography. The vote dealt a major defeat to the ruling party’s platform. The ruling Democratic Progressive Party’s policy to phase out nuclear power plants gained popularity at first, but gave in to reality. A movement by Nuclear Mythbusters — a community of pro-nuclear scientists and students — helped sway the public over nuclear power in Taiwan after the 2011 Fukushima meltdown in Japan. Thousands of online members of the group with science and engineering backgrounds tried to break the “misled myth” about nuclear energy.

Prime Minister Lee Nak-yeon recently vowed to fight the spread of fake news. Questioning the purpose of his campaign, some are even asking who can be more hurt by fake news. Regardless of the motive, the flood of disinformation and hoaxes that can confuse and upset public opinion should be stopped.

The problem is that fact-checking alone cannot truly filter out what news is true or not. A fact may not be entirely true. Exceptions, albeit being extraordinary, can be true. Highlighting exceptional cases can be misleading. That’s why “truth check” is more important than “fact check” when filtering out fake news.

Therefore, it is wrong to cite the German case of phasing out nuclear reactors to shift towards renewable energy. Germany makes a rare case. Most countries still operate nuclear reactors and some have begun to develop nuclear power. Even the United States, Russia, and Japan — all of which experienced nuclear catastrophes — keep reactors going. Germany is entirely different from South Korea. The European continent is very closely connected in electricity power. Germany can easily borrow or lend power depending on supply and demand. With no natural resources, South Korea must rely entirely on imports for fuel. 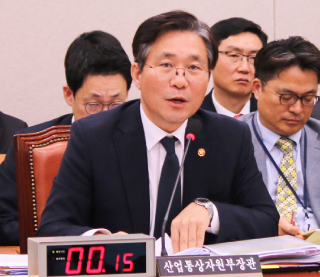 Disinformation can be bred when incorrect results based on hypotheses are cited. In May last year, the Hyundai Research Institute came up with the projection that electricity bills for households could rise when the share of our renewable sources is raised to 20 percent and operation rate of LNG-powered generators goes up to 60 percent in 2030, as vowed by the government. The institute estimated that if energy policy goes as planned, monthly bills would go up by 52 won (five cents) in 2020; 2,312 won in 2024; and 5,164 won in 2030. However, the increase levels have been quite underestimated because of its over-the-top presumptions on the use of LNG-powered generators and fuel price factors. The balance sheet of the Korea Electric Power Corporation (Kepco) clearly shows how the public utility’s profit and loss hinges on the operation rate of nuclear reactors.

Anyone familiar with the power system knows how unrealistic the institute estimates are. But environmental activists habitually cite the data to claim that the rise in electricity bills from a nuclear phase-out would be less than the cost of a glass of beer.

Some project the truths they like to show. A study compared the cost paid by Kepco to operate a nuclear reactor to argue for the competitiveness of solar power generation. But in doing so, it left out that generous government subsidies paid for solar and wind power generation. The argument claiming that electricity bills have not gone up in Germany after 2010 is also misleading; utility bills have not increased because they already peaked before 2010.

I wish the war with fake news goes in the right direction. But it must not end with simple fact-checking. Truth checking is more important than fact-checking.