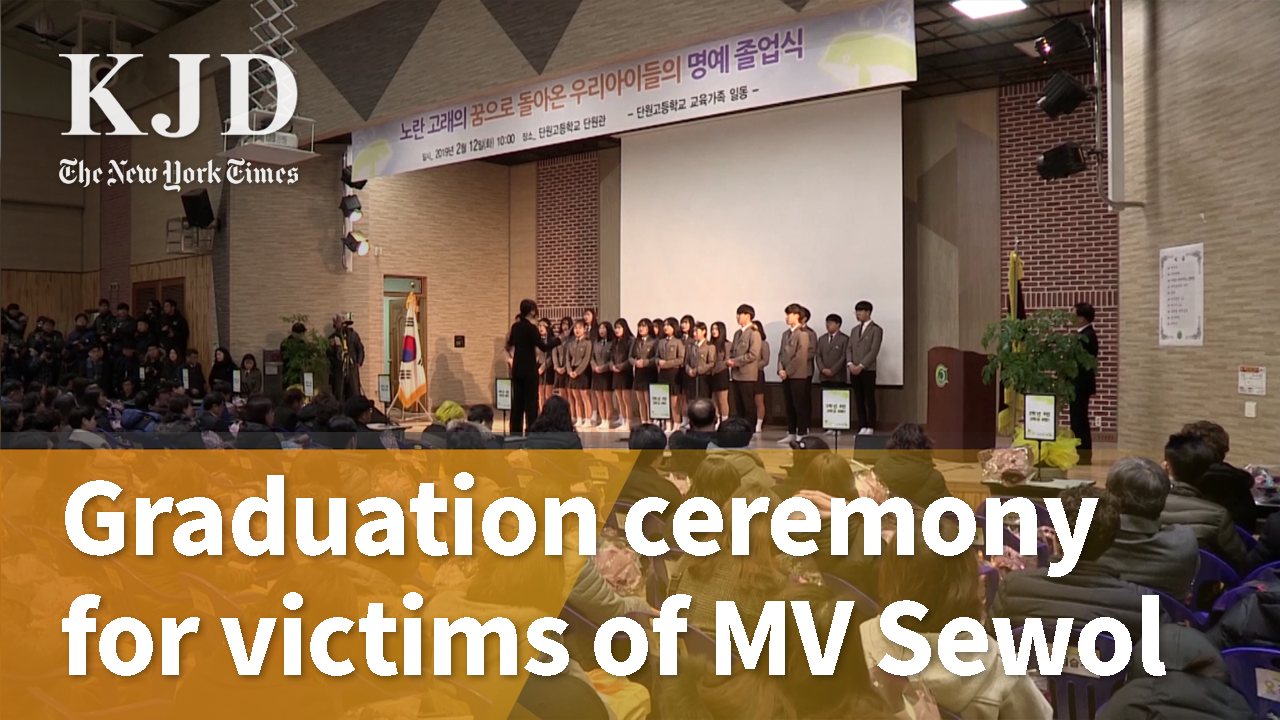 1) On Feb. 12, a graduation ceremony for the 250 Danwon High School’s students who died during the sinking of the MV Sewol Ferry was carried out. The ceremony comes three years after the surviving students’ intended date of graduation.

2) During the gradation, hundreds of surviving students, as well as Danwon High School students and teachers, participated.

3) Families said the graduation was prepared so acts that dishonor the victims and their families, such as unilateral expulsion, would never be repeated.

4) Students-victims were expelled in January 2016. However, in November 2016 the Ministry of Education stated they would be given honorary-graduate status as per “guidelines for school life reports and records.”

5) At the ceremony’s overture, photos and drawings depicting the student-victims during their lives were displayed at the center and on the left side of the screen.

6) Danwon High School students joined their hands and sang such songs as “Prayer of Tears” and “Being a Thousand Winds.”

7) Families remained in their seats for some time following the ceremony’s conclusion and graduation certificates and albums for those victims whose families were not in attendance remained in the hall.