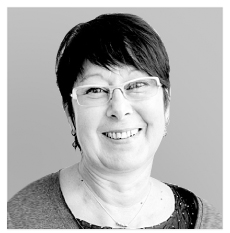 Rosa Pavanelli
The author is the general secretary of Public Services International.

Confronted to fiscal deficits, many countries all over the world have embraced austerity measures, giving a growing number of citizens the feeling they are being left behind and provoking a crisis of representation and legitimacy.

Demanding budget cuts, which in practice have a direct impact on public services, is not only the bedrock of populism, authoritarianism or social unrest. It is also a frontal attack on women’s rights. Because women tend to be more dependent on public social services, which have the capacity to shift the unpaid care burden that falls disproportionately on their shoulders. Cleaning, cooking and looking after dependent family members — children, elderly people and people with disabilities — are still “women’s affairs.” Across South Asia, women report doing more unpaid care and domestic work than men: 10 times as much in Pakistan; almost seven times more in India; and nearly three times more in Bangladesh.

Women and girls are also the most impacted when countries offer poor basic facilities, especially in developing countries. According to a report from Unicef and the World Health Organization, 2.1 billion people around the world have to fight everyday to access clean, safe water. And the task of providing water for households falls disproportionately to women and girls, especially in rural areas. In Laos, for example, women are 83.4 percent of the water carriers for the 48.5 percent of households that lack access to water. This disproportionate situation means that women have fewer opportunities for education, training and work, making their economic empowerment very difficult.
Even when women manage to work, they are often trapped in low-paid, poor-quality jobs, frequently in the informal sector. Many of them lack social labour protection and decent working conditions, with consequences for current and future income (less rights to pensions, etc.), adding to the already unacceptable gender pay gap of 33 percent between women and men in South Asia.

Women are less likely than men to receive a pension in old age, and where they do, their benefit levels are usually lower. In Bangladesh, for example, the Old-Age Allowance offers benefits of around $3 per month-corresponding to only 22 per cent of the poverty line.

Women’s access to social protection, gender-responsive quality public services and infrastructure is now a priority of the international community. It is actually the main topic of the United Nations 2019 Commission on the Status of Women, that will take place in New York from 11 to 22 March. This meeting is not just a bureaucratic one like the others; its conclusions will define the gender equality policies that countries aim to implement in the years to come.

Nearly 200 trade union women and men from around the world will be attending as part of a global union delegation and taking an active part in the proceedings. The delegation welcomes many aspects of the report prepared by the UN secretary general, ahead of the meeting, especially because of its emphasis on a universal and rights-based approach. However, at Public Services International, an international trade union federation dedicated to promoting quality public services, and part of the global union delegation, we jointly call on governments to translate these principles into concrete strategies and policies to eliminate gender inequalities.

It is urgent to reform the global international fiscal system to put an end to all tax avoidance mechanisms. When corporations do not pay their fair share of taxes, there is less money to invest in public services, sustainable infrastructure and social protection, which are the key drivers of gender equality. Annual tax revenue lost by developing countries due to trade mispricing alone is estimated at between $98 and $106 billion, nearly $20 billion more than the annual capital costs needed to achieve universal water and sanitation coverage.

We also want to highlight the essential and primary role of the States as the guarantors of the human rights of all women and girls. Whenever private companies have wanted to take over basic public services and infrastructure, such as water and sanitation, or health and education facilities, this has always resulted in deterioration in quality, especially for the most vulnerable. A human rights-based approach cannot be guaranteed within a ‘for-profit” system.

In these troubled times when xenophobia is exploited by many unscrupulous political leaders, we also call on the representatives to commit to policies addressed to all women, including women migrants, refugees and asylum seekers. It is especially worrying that some European countries, are trying to limit migrants’ access to welfare benefits.

Without voluntary policies such as these, it will be impossible for most of the countries to meet their renewed commitment to gender equality and human rights through the 2030 Agenda for Sustainable Development. Women will still struggle to remain in the labour market and secure social protection entitlements through employment. They will not find time for rest, leisure or political participation either. Universal, rights-based quality public services are a feminist issue.