Modernizing hanbok for everyone to wear: Yang Jung-eun hopes that her designs make dressing up fun again

Modernizing hanbok for everyone to wear: Yang Jung-eun hopes that her designs make dressing up fun again 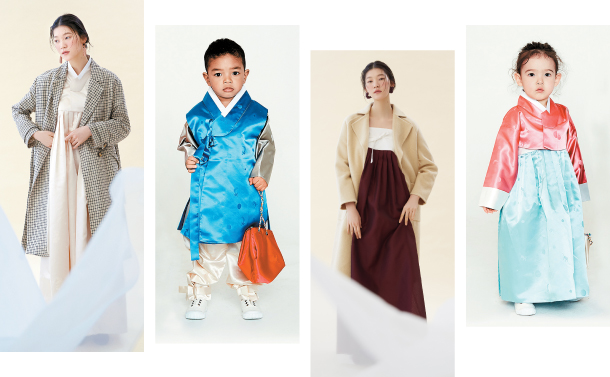 Would people wear hanbok (traditional Korean dress) as part of their everyday outfit? This has been the question CEO Yang Jung-eun of Hohodang, a shop that sells items that are inspired by Korean tradition, has been asking herself for years. To show people that hanbok is versatile and comfortable for everyday use, Yang launched the hanbok brand History by Hohodang in January.

Thanks to her parents, she has seen many different styles of hanbok since she was young. That naturally inspired her to dream more about wearing the traditional garment like any other piece of clothing in her closet.

The seed to make that dream come true was first planted during a trip to Japan when she was in college. While she was there, she saw some people wearing the Japanese traditional garment yukata while watching fireworks. They weren’t just wearing the traditional garment, but added their own shoes, bags and hairstyles to make themselves more comfortable. She also saw Japanese clothing brand Uniqlo selling yukata in small, medium and large sizes, just like any other garment in the store. It was then that she wished that she could easily purchase hanbok at any retail store she visited.

She was originally focused on the food industry after majoring in traditional Korean cuisine, making food gift boxes, when she realized that there was no place to go to find pretty bojagi, traditional Korean wrapping cloth, to cover up the food.

Then, in 2013, she started the lifestyle shop Hohodang. Combining refined colors and high-quality materials made her bojagi a hit, and they were soon wanted by not only local companies like Amorepacific, but also internationally-known brands like Louis Vuitton and Valextra as well.

Thanks to such a warm response from the market, she became more confident in doing what she had long dreamed of, launching her own hanbok brand. She realized that if she makes an item inspired by Korean tradition that is pretty enough and easy enough to use, people will use the traditional items in their modern-day lives as if they always have done so.

Left: Some of the accessories that people can attach to hanbok (traditional Korean dress) to keep children entertained while they dress up. Right: CEO Yang Jung-eun of lifestyle shop Hohodang. She has also launched History by Hohodang, which specializes in hanbok design. [HOHODANG]

Yang remembered that it wasn’t easy for her to buy jeogori, the top of two-piece hanbok, separately when she wanted to wear the skirt she wore to her own wedding to another event. There was no place that sold the particular top separately, and even when she found one, the price was almost as expensive as getting a whole set with a skirt. She wanted a way to make buying a hanbok easier and more accessible.

Thus, her brand now sells separate pieces. You can go to History by Hohodang’s shop and shop for hanbok just as you would at any other clothing store. The sizes vary from extra small to large. Online purchases are available as well. If you want to mix and match the pieces with clothing you already own, you can just go for the jacket or the skirt.

Since the hanbok she offers isn’t custom-made like other hanbok that are widely available, there are not many options when it comes to colors and materials. Depending on the material, only about three to five colors are available. You and mix and match colors of the top jeogori, skirt and the long clothes to close the jeogori by making a ribbon. But thanks to the simple design of the hanbok, mixing and matching colors is easier than at other stores.Yang kept the traditional lines that the hanbok has but minimized the use of patterns and golden layers on the material.

She also weaves the fabric herself. She went down to Jinju, a city in South Gyeongsang known for its weaving experts, and she made the base material with two different-colored threads. This allows for the fabric to change colors as people move around.

While other modern-style hanbok makers make the shoulders of the garment wider and fluffier, like other Western-style jackets, the one made by Hohodang is flat. Such simple design has made the hanbok look more modern, which enabled Yang to focus more on adopting different colors and materials. Maintaining the same design is Yang’s goal so that people can come back to replace their worn-out jackets with new jackets that can match their still intact skirts, or vice versa.

To make wearing hanbok more fun, she plans to focus on adding accessories, especially on hanbok for children. She collaborated with toy brand Playmobil to add a brooch shaped like a dragon to her designs so that kids can see wearing hanbok as something fun to do. She also thinks that getting used to traditional clothing from a young age will help kids discover more about handed-down tradition and eventually use more traditional items in their daily lives as they get older.

In the spring, she plans to take a walk around the Gyeongbok Palace in central Seoul with her staff. Some plan to wear a big jeogori to make the jacket look like a large-size sweatshirt, while others say they want to layer their favorite coat with the traditional garment. By showing how hanbok can be styled casually out in the public, she wants to inspire others to think about new ways to style their own traditional clothing.